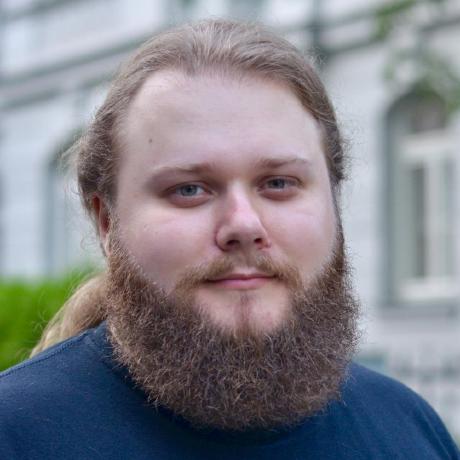 Home of the Lava graphics shader language compiler and other tools

Lava is a project based on the Clang/LLVM toolset aiming to provide a unified C++ based graphics shading language. The ultimate goal is to have all shaders written in a single API-neutral and vendor-neutral language based on ISO-C++ (with certain restrictions due to the nature of the target environment).

It is in a very early state of development and more of an experiment (or proof-of-concept, if you like), worked on by one dude in his spare time. If everything goes according to plan it will be able to output SPIR-V, GLSL, ESSL, HLSL, MetalSL, and C++ headers with compatible data structures etc.

Did you say SPIR-V?

Indeed! Though it is still very early to have anything usable. All C++ control flow statements (except goto) are implemented and progress other stuff is steadily going forward. Getting this done properly and soonish has the highest priority for me.

First follow the installation instructions at http://clang.llvm.org/get_started.html, (although I suggest using their Git mirrors instead of SVN) except use http://github.com/mknejp/lava instead of the official Clang repository, but don’t run CMake just yet. Make sure all repositories are set to branch release_37 as that is what Lava is currently being developed against.

You are now ready to run CMake.

What can I do with it?

To play around build the lava target. Calling it without options prints out the help message. When running it over files expect crashes if the source contains stuff the code generators cannot handle yet. Restrict yourself to functions with basic expressions and control flow. You will need a function marked with vertex or fragment to see anything since the frontend currently only processes symbols reachable from shader entry points. Note that unlike with Clang the -o command specifies a directory to dump output files to since there can be multiple outputs per input, for example separate .vert.glsl and .frag.glsl files as GLSL doesn’t support multistage shader sources.

You must specify a target to generate code for with the -target option. The help message lists all avilable targets. Currently glsl-300-es and spv-100 are available and actively worked on. spv-100 will by default generate binaries but you can additionally specify spv-disassemble-khr to generate a text file with the Khronos-style disassembly instead.

The targets are internally setup in a plugin-like architecture. Once finished users can provide their own target in form of dynamic library plugins in the same fashion Clang plugins work. There is no command line for loading them yet.

All the code generating stuff is in include/Lava and lib/Lava which you can experiment with. I try to make all the pieces as re-usable as possible. There were also some minor adjustments to Clang’s Parser, AST and Sema modules to support function entry point attributes, matrices and other minor tweaks. But those adjustments are very incomplete as the primary focus right now is code generation. That’s the reason I decided to put everything into a Clang fork instead of separating it. Many parts of the GLSL backend will be re-usable in the other generators since their languages all revolve around a highly similar C-based syntax.

In order to see any output you currently require an entry point that calls your example code. Here is what a very silly example would generate from the following input:

As you can see the GLSL generator tries to preserve the original code structure and statements as closely as possible to make transitioning between the two as straightforward as possible. It would probably make the implementation easier to always generate SPIR-V and then disassemble that into GLSL/HLSL/etc, however imagine you are on a platform that only has debugging support for OpenGL. With the SPIR-V intermediate step you would lose a lot of information about the code, making the generated sources very cryptic, and backporting the fixes from your GLSL debugging session to the original Lava code would be very difficult. Preserving the original code as closely as possible makes this task much easier.

Lava is based on ISO-C++14 with some restrictions applied that aren’t really suitable for a GPU stream processor (exceptions, RTTI, virtual, …). There are also some limitations that are dictated by the capabilities of the supported target languages (no pointers, reference captures, etc). This all still needs fleshing out as the code generators mature.

Don’t worry, those ugly attributes are something that can be hidden in a standard library header. And yes, it’s row-major matrix notation (not to be confused with layout!) because that is what every damn mathematics textbook in the world is teaching students. And therefore the following

does exactly what you expect it to! No need to transpose the thing in your head. Let the rest be a problem for the compiler, not the user. There is currently nothing you can do with matrices, they are just there to crete AST nodes so I have input to test code generation with.

To declare an entry point:

Remember that the frontend currently filters out all symbols that are not reachable from entry points. This is intended to be an option in the future.

Probably a lot of patience (unless you wish to participate), since as already mentioned I am doing this alone in my spare time and this is a very ambitious project. I hope you like what you see so far. Let me know what you think.

Because with Mantle, Vulkan and Metal it seems like geology is a new synonym for computer graphics. And for me lava is the first thing that comes to mind when thinking about volcanos.

This overview represents the capabilities of the frontend and code genrators and is held as up-to-date as my memory and attention span allow.

These are the changes planned for the frontend to support all the stuff for graphics programming. I have investigated the Clang code some of them but most are here only for reference. - [ ] Disable or adjust language features that are not supported (directly) by any code generator or backend - [x] Exceptions - [x] RTTI - [ ] virtual - [ ] goto - [ ] union - [ ] pointers: Neither the SPIR-V logical memory model nor GLSL support pointer arithmetic. But refernces can probably be made to work. Shader inputs declared as pointers or unsized arrays can probably be transformed to buffer inputs. - [ ] pointer-to-member operator - [ ] address-of operator - [ ] dereference operator - [ ] Conditional operator used as assignment target int x, y; (cond ? x : y) = 1;: This one is difficult. The syntax is invalid in GLSL because the conditional operator only generates rvalues, but it can be implemented in SPIR-V. If this were to be supported for all backends then it needs some AST transformation. - [ ] const_cast - [ ] reinterpret_cast - [ ] Reference captures in closures: Neither GLSL nor SPIR-V in the logical memory model allow pointers/references as structure members. This rule might be relaxed in function-local lambdas since they are most likely inlining candidates. - [ ] Character literals: Could be translated to integer literals. - [ ] String literals: Could be translated to constant integer arrays. - [ ] Nested switch cases: C++ allows the case statement to be placed within nested control flow. GLSL does not and SPIR-V forbids branching into control flow structures. - [ ] Vectors - [x] Dedicated vector types: Clang already has __attribute((ext_vector_type)) that we can re-use. - [ ] GLSL-style initialization from other vectors vec4(v1, v2): This isn’t working properly yet, but there seems to be some special case code for OpenCL that should be examined. - [ ] Arithmetic operations with scalars/matrices - [x] swizzling: already supported for __attribute((ext_vector_type)) - [x] .rgba swizzle - [ ] Matrices - [x] Dedicated matrix type __attribute((matrix_type)) - [ ] Construction from rows/columns/elements - [ ] Arithmetic operations with scalars/vectors - [ ] Extract/insert columns/rows - [ ] Samplers - [ ] Images - [ ] Uniforms (UBO, SSBO) - [ ] Compute kernel workgroup stuff - [ ] Shader stage entry point annotations: Mark a function as being the entry point of a shader stage. This section only cares about the ability to annotate, not sanity checking of arguments. - [x] vertex - [x] fragment - [ ] geometry - [ ] hull - [ ] domain - [ ] compute - [ ] Annotation of function parameters / record members with builtin semantics - [ ] Validation of input/output arguments to/from shader stages - [ ] vertex - [ ] fragment - [ ] geometry - [ ] hull - [ ] domain - [ ] compute - [ ] discard - [ ] Builtin functions - [ ] The minimal set of functions supported in SPIR-V without extensions (dot(), transpose(), etc). - [ ] Some way to control availability of builtin functions depending on backend capabilities - [ ] Language feature selection based on backend capabilities (i.e. GLSL version, extensions, etc.)

This is a matrix of how far the code generators are and what work is still outstanding. Legend: - :x: Not implemented and not even started work on it yet - :white_check_mark: Should be feature complete - :warning: Partially done but not complete yet - :collision: Even though code can be generated it is a feature that is dependend on the backend capabilities (like GLSL vs ESSL) or requires an extension to work. This needs addressing once feature-selection is a thing.

A 2D infinite runner made with Phaser. ...

Home of the Lava graphics shader language compiler and other tools ...

Would you tell us more about mknejp/lava?