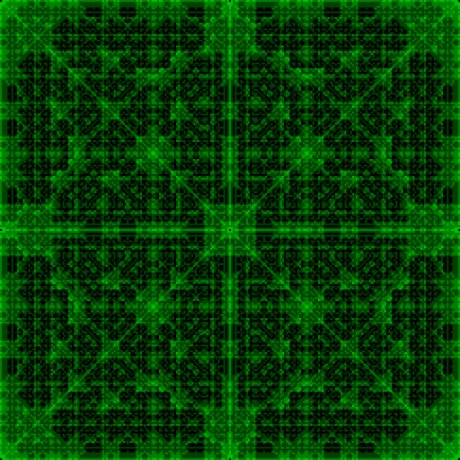 getting control back over your jar

jar dependencies are declared in the gemspec of the gem using the same notation as https://github.com/mkristian/jbundler.

when using require_jar to load the jar into JRuby’s classloader a version conflict will be detected and only ONE jar gets loaded. jbundler allows to select the version suitable for you application.

most maven-artifact do NOT use versions ranges but depend on a concrete version. in such cases jbundler can always overwrite any such version.

vendoring your jars before packing the jar

add following to your Rakefile:

which will install (download) the dependent jars into JARS_HOME and create a file lib/my_gem_jars.rb which will be an enumeration of require_jars statements to load all the jars. the vendor_jars task will copy them into the lib directory of the gem.

the location where jars are cached is per default $HOME/.m2/repository the same default as Maven uses to cache downloaded jar-artifacts. it respects $HOME/.m2/settings.xml from Maven with mirror and other settings or the environment variable JARS_HOME.

IMPORTANT: make sure that jar-dependencies is only a development dependency of your gem. if it is a runtime dependency the require_jars file will be overwritten during installation.

reduce the download and reuse the jars from maven local repository

if you do not want to vendor jars into a gem then jar-dependency gem can vendor them when you install the gem. in that case do not use Jars::JarInstaller.install_jars from the above rake tasks.

NOTE:recent JRuby comes with jar-dependencies as default gem, for older versions for the feature to work you need to gem install jar-dependencies first and for bundler need to use the bundle-with-jars command instead.

IMPORTANT: make sure that jar-dependencies is a runtime dependency of your gem so the require_jars file will be overwritten during installation with the “correct” versions of the jars.

this tells the jar_installer not vendor any jars but only create the file with the require_jar statements. this require_jars method will find the jar inside the maven local repository and loads it from there.

jar others then from maven-central

per default all jars need to come from maven-central (

NOTE: gems depending on jars other then maven-central will NOT work when they get published on rubygems.org since the user of those gems will not have the right settings.xml to allow them to access the jar dependencies.

an example with rspec and all walks you through setup and shows how development works and shows what happens during installation.

there are some more examples with the various project setups for gems and application. this includes using proper Maven for the project or ruby-maven with rake or the rake-compiler in conjuction with jar-dependencies.

whenever there are version ranges for jar dependencies then it is advisable to lock down the versions of dependecies. for the jar dependencies inside the gemspec declaration this can be done with:

this is also working in any project which uses a gem with jar-dependencies. it also uses a Jarfile if present. see the sinatra application from the examples.

which will install both gems and jars for the project.

update a specific version is done with (use only the artifact_id)

and look at the dependencies tree

as lock_jars uses ruby-maven to resolve the jar dependencies. since jar-dependencies does not declare ruby-maven as runtime dependency (you just not need ruby-maven during runtime only when you want to setup the project it is needed) it is advicable to have it as development dependency in you Gemfile.

proxied and mirrors can be setup by the usual configuration of maven itself: settings.xml - see the mirrors and proxy sections.

as jar-dependencies does only deal with jar and all jars need to come from maven central, it is only neccessary to mirror maven-central. an example of such a settings-example.xml.

you also can add such a settings.xml to your project which jar-dependencies will use instad of the default maven locations. this allows to have a per project configuration and also removes the need to users of your ruby project to dive into maven in case your have company policy to use a local mirror for gem and jar artifacts.

jar-dependencies itself uses maven only for the jars and all gems are managed by rubygems or bundler or your favourit management tool. so any proxy/mirror settings which should affect gems need to be done in those tools.

for dependency management frameworks like gradle (via jruby-gradle-plugin) or maven (via jruby-maven-plugins or jruby9-maven-plugins) or probably ivy or sbt can use the gem artifacts from a maven repository like rubygems-proxy from torquebox or rubygems.lasagna.io/proxy/maven/releases.

each of these tools (including jar-dependencies) does the dependency resolution slightly different and in rare cases can produce different outcomes. but overall each tool can manage both jars and gems and their transitive dependencies.

popular gems like jrjackson or nokogiri do not declare their jars in the gemspec files and just load the bundle jars into jruby classloader, can easily create problems as the jackson and xalan/xerces libraries used by those gems are popular ones in the java world.

since maven is used under the hood it is possible to get more insight what maven is doing. show the regualr maven output:

or with maven debug enabled

the maven command line which gets printed needs maven-3.3.x and the ruby DSL extension for maven: https://github.com/takari/polyglot-maven#configuration where ${maven.multiModuleProjectDirectory} is your current directory.

just today I tumbled across https://github.com/arrigonialberto86/ruby-band which usees jbundler to manage their jar dependencies which happens on the first ‘require “ruby-band”’. their is no easy or formal way to find out which jars are added to jruby-classloader.

another issue was brought to my notice yesterday https://github.com/hqmq/derelicte/issues/1

or the question of how to manage jruby projects with maven http://ruby.11.x6.nabble.com/Maven-dependency-management-td4996934.html

or a few days ago an issue for the rake-compile https://github.com/luislavena/rake-compiler/issues/87

with JRuby 9000 it is the right time to get jar dependencies “right” - the current situation is like the time before bundler for gems.

The gradle-one-jar project is a Gradle plugin that uses One-JAR, a specialised Class-Loader written by Simon Tuffs (http://one-jar.sourceforge.net/), for building self-contained executable jars that include all dependencies. ...

Graph analysis of the internal dependencies within a java archive file (JAR). ...

Example to show how to package a Jython application, along with 3rd party dependencies, as a single executable jar file ...

The gradle-autojar project is a Gradle plugin that uses Autojar, a specialized jar archive minimizer written by Bernd Eggink (http://autojar.sourceforge.net/), for building self-contained executable jars that include only those dependencies that are actua ...

Would you tell us more about mkristian/jar-dependencies?