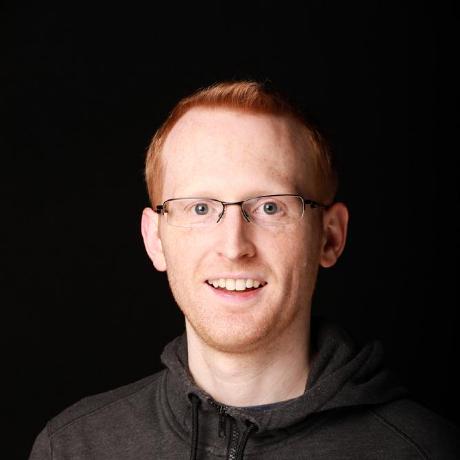 Please cite this work if you make use of our system in any of your own endeavors:

Firstly, add nVidia’s official CUDA repository to your apt sources, then run the following command to pull in most dependencies from the official repos:

Afterwards install OpenNI2 and Pangolin from source. Note, you may need to manually tell CMake where OpenNI2 is since Occipital’s fork does not have an install option. It is important to build Pangolin last so that it can find some of the libraries it has optional dependencies on.

When you have all of the dependencies installed, build the Core followed by the GUI.

Firstly install cmake and cuda. Then download and build from source OpenNI2, SuiteSparse. Next download Eigen (no need to build it since it is a header-only library). Then download and build from source Pangolin but pay attention to the following cmake settings. There will be a lot of dependencies where path was not found. That is OK except OPENNI2 and EIGEN3 (those should be set to valid paths). You also need to set MSVC_USE_STATIC_CRT to false in order to correctly link to ElasticFusion projects. Also, you can set BUILD_EXAMPLES to false since we don’t need them and some were crashing on my machine.

2. Is there an easier way to build it?

Yes, if you run the build.sh script on a fresh clean install of Ubuntu 14.04 or 15.04, enter your password for sudo a few times and wait a few minutes all dependencies will get downloaded and installed and it should build everything correctly. This has not been tested on anything but fresh installs, so I would advise using it with caution if you already have some of the dependencies installed. It might also work on 16.04, but not guaranteed (modify it to coerce it into the 15.04 path).

Pangolin must be installed AFTER all the other libraries to make use of optional dependencies.

Make sure you are running ElasticFusion on your nVidia GPU. In particular, if you have an Optimus GPU - If you use Prime, follow instructions here - If you use Bumblebee, remember to run as optirun ./ElasticFusion

There are three subprojects in the repo:

The GUI (ElasticFusion) can take a bunch of parameters when launching it from the command line. They are as follows:

Essentially by default ./ElasticFusion will try run off an attached ASUS sensor live. You can provide a .klg log file instead with the -l parameter. You can capture .klg format logs using either Logger1 or Logger2.

The libefusion.so shared library which gets built by the Core is what you want to link against.

An example of this can be seen in the GUI code. Essentially all you need to do is utilise the provided Findefusion.cmake file in GUI/src and include the following in your CMakeLists.txt file:

To then use the Core API, make sure to include the header file in your source file:

Initialise the static configuration parameters once somewhere at the start of your program (this smells, but whatever):

Make an ElasticFusion object and start using it:

See the source code of MainController.cpp in the GUI source to see more usage.

We have provided a sample dataset which you can run easily with ElasticFusion for download here. Launch it as follows:

ElasticFusion is freely available for non-commercial use only. Full terms and conditions which govern its use are detailed here and in the LICENSE.txt file.

What are the hardware requirements?

A very fast nVidia GPU (3.5TFLOPS+), and a fast CPU (something like an i7). If you want to use a non-nVidia GPU you can rewrite the tracking code or substitute it with something else, as the rest of the pipeline is actually written in the OpenGL Shading Language.

How can I get performance statistics?

Download Stopwatch and run StopwatchViewer at the same time as ElasticFusion.

I ran a large dataset and got assert(graph.size() / 16 < MAX_NODES) failed

Currently there’s a limit on the number of nodes in the deformation graph down to lazy coding (using a really wide texture instead of a proper 2D one). So we’re bound by the maximum dimension of a texture, which is 16384 on modern cards/OpenGL. Either fix the code so this isn’t a problem any more, or increase the modulo factor in Shaders/sample.geom.

If your laptop is running on battery power the GPU will throttle down to save power, so that’s unlikely to work (as an aside, Kintinuous will run at 30Hz on a modern laptop on battery power these days). You can try disabling SO(3) pre-alignment, enabling fast odometry, only using either ICP or RGB tracking and not both, running in open loop mode or disabling the tracking pyramid. All of these will cost you accuracy.

Firstly, if you’re running live and not processing a log file, ensure you’re hitting 30Hz, this is important. Secondly, you cannot move the sensor extremely fast because this violates the assumption behind projective data association. In addition to this, you’re probably using a primesense, which means you’re suffering from motion blur, unsynchronised cameras and rolling shutter. All of these are aggravated by fast motion and hinder tracking performance.

If you’re not getting loop closures and expecting some, pay attention to the inlier and residual graphs in the bottom right, these are an indicator of how close you are to a local loop closure. For global loop closures, you’re depending on fern keyframe encoding to save you, which like all appearance-based place recognition methods, has its limitations.

Is there a ROS bridge/node?

No. The system relies on an extremely fast and tight coupling between the mapping and tracking on the GPU, which I don’t believe ROS supports natively in terms of message passing.

A substantial amount of refactoring was carried out in order to open source this system, including rewriting a lot of functionality to avoid certain licenses and reduce dependencies. Although great care was taken during this process, it is possible that performance regressions were introduced and have not yet been discovered.

Would you tell us more about mp3guy/ElasticFusion?