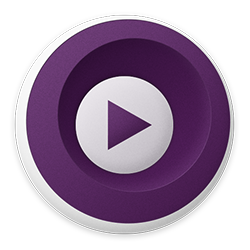 mpv is a media player based on MPlayer and mplayer2. It supports a wide variety of video file formats, audio and video codecs, and subtitle types.

There is no completely changelog, however changes to the player core interface are listed in the interface changelog.

Changes to the C API are documented in the client API changelog.

The release list has a summary of most of the important changes on every release.

Changes to the default key bindings are inidcated in restore-old-bindings.conf.

Compiling with full features requires development files for several external libraries. Below is a list of some important requirements.

The mpv build system uses waf but we don't store it in your source tree. The script './bootstrap.py' will download the latest version of waf that was tested with the build system.

For a list of the available build options use ./waf configure --help. If you think you have support for some feature installed but configure fails to detect it, the file build/config.log may contain information about the reasons for the failure.

To build the software you can use ./waf build: the result of the compilation will be located in build/mpv. You can use ./waf install to install mpv to the prefix after it is compiled.

Most of the above libraries are available in suitable versions on normal Linux distributions. However FFmpeg is an exception (distro versions may be too old to work at all or work well). For that reason you may want to use the separately available build wrapper (mpv-build) that first compiles FFmpeg libraries and libass, and then compiles the player statically linked against those.

If you want to build a Windows binary, you either have to use MSYS2 and MinGW, or cross-compile from Linux with MinGW. See Windows compilation.

Generally, mpv should work with the latest release as well as the git version of both FFmpeg and Libav. But FFmpeg is preferred, and some mpv features work with FFmpeg only (subtitle formats in particular).

Using the latest FFmpeg release (or FFmpeg git master) is strongly recommended. Older versions are unsupported, even if the build system still happens to accept them. The main reason mpv still builds with older FFmpeg versions is to evade arguing with people (users, distros) who insist on using older FFmpeg versions for no rational reason.

If you want to use a stable FFmpeg release, use the latest release, which has most likely the best maintenance out of all stable releases. Older releases are for distros, and at best receive basic changes like fixing critical security issues or build fixes, and at worst are completely abandoned.

mpv does not support linking against FFmpeg versions it was not built with, even if the linked version is supposedly ABI-compatible with the version it was compiled against. Expect malfunctions, crashes, and security issues if you do it anyway.

The reason for not supporting this is because it creates far too much complexity with little to no benefit, coupled with absurd and unusable FFmpeg API artifacts.

Every other month, an arbitrary git snapshot is made, and is assigned a 0.X.0 version number. No further maintenance is done.

Releases other than the latest release are unsupported and unmaintained.

Please use the issue tracker provided by GitHub to send us bug reports or feature requests.

For small changes you can just send us pull requests through GitHub. For bigger changes come and talk to us on IRC before you start working on them. It will make code review easier for both parties later on.

Relation to MPlayer and mplayer2

mpv is based on mplayer2, which in turn is based on the original MPlayer (also called mplayer, mplayer-svn, mplayer1). Many changes have been made, a large part of which is incompatible or completely changes how the player behaves. Although there are still many similarities to its ancestors, mpv should generally be treated as a completely different program.

mpv was forked because we wanted to modernize MPlayer. This includes removing cruft (including features which stopped making sense 10 years ago), and of course adding modern features. Such huge and intrusive changes made it infeasible to work directly with MPlayer, which is mostly focused on preservation, so a fork had to be made. (Actually, mpv is based on mplayer2, which already started this process of removing cruft.)

In general, mpv should be considered a completely new program, rather than a MPlayer drop-in replacement.

If you are wondering what's different from mplayer2 and MPlayer, an incomplete and now unmaintained list of changes is located here.

Most activity happens on the IRC channel and the github issue tracker. The mailing lists are mostly unused.

To contact the mpv team in private write to [email protected]. Use only if discretion is required.

A simple GTK+ frontend for mpv ...

Sets up file associations for mpv on Windows ...

Chrome extension that adds context menu option to play youtube (and other youtub ...

Would you tell us more about mpv-player/mpv?