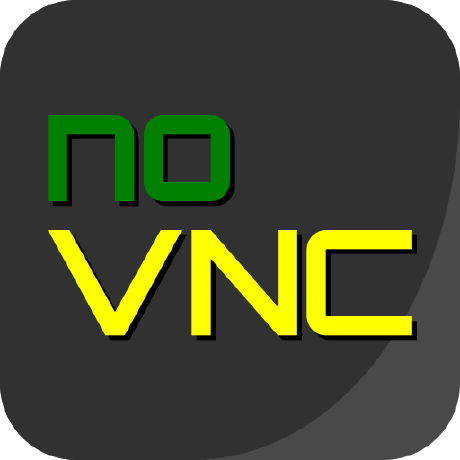 Websockify is a WebSocket to TCP proxy/bridge. This allows a browser to connect to any application/server/service. Implementations in Python, C, Node.js and Ruby.

websockify was formerly named wsproxy and was part of the noVNC project.

At the most basic level, websockify just translates WebSockets traffic to normal socket traffic. Websockify accepts the WebSockets handshake, parses it, and then begins forwarding traffic between the client and the target in both directions.

Notable commits, announcements and news are posted to @noVNC

Bugs and feature requests can be submitted via github issues.

If you want to show appreciation for websockify you could donate to a great non-profits such as: Compassion International, SIL, Habitat for Humanity, Electronic Frontier Foundation, Against Malaria Foundation, Nothing But Nets, etc. Please tweet @noVNC if you do.

Starting with websockify 0.5.0, only the HyBi / IETF 6455 WebSocket protocol is supported. There is no support for the older Base64 encoded data format.

To encrypt the traffic using the WebSocket ‘wss://’ URI scheme you need to generate a certificate and key for Websockify to load. By default, Websockify loads a certificate file name self.pem but the --cert=CERT and --key=KEY options can override the file name. You can generate a self-signed certificate using openssl. When asked for the common name, use the hostname of the server where the proxy will be running:

For a self-signed certificate to work, you need to make your client/browser understand it. You can do this by installing it as accepted certificate, or by using that same certificate for a HTTPS connection to which you navigate first and approve. Browsers generally don’t give you the “trust certificate?” prompt by opening a WSS socket with invalid certificate, hence you need to have it acccept it by either of those two methods.

If you have a commercial/valid SSL certificate with one ore more intermediate certificates, concat them into one file, server certificate first, then the intermediate(s) from the CA, etc. Point to this file with the --cert option and then also to the key with --key. Finally, use --ssl-only as needed.

The include/websock.js Javascript library library provides a Websock object that is similar to the standard WebSocket object but Websock enables communication with raw TCP sockets (i.e. the binary stream) via websockify.

Websock has built-in receive queue buffering; the message event does not contain actual data but is simply a notification that there is new data available. Several rQ* methods are available to read binary data off of the receive queue.

The Websock API is documented on the websock.js API wiki page

See the “Wrap a Program” section below for an example of using Websock and websockify as a browser telnet client (wstelnet.html).

These are not necessary for the basic operation.

The primary implementation of websockify is in python. There are several alternate implementations in other languages (C, Node.js, Clojure, Ruby) in the other/ subdirectory (with varying levels of functionality).

In addition there are several other external projects that implement the websockify “protocol”. See the alternate implementation Feature Matrix for more information.

In addition to proxying from a source address to a target address (which may be on a different system), websockify has the ability to launch a program on the local system and proxy WebSockets traffic to a normal TCP port owned/bound by the program.

The is accomplished with a small LD_PRELOAD library (rebind.so) which intercepts bind() system calls by the program. The specified port is moved to a new localhost/loopback free high port. websockify then proxies WebSockets traffic directed to the original port to the new (moved) port of the program.

The program wrap mode is invoked by replacing the target with -- followed by the program command line to wrap.

The --wrap-mode option can be used to indicate what action to take when the wrapped program exits or daemonizes.

Here is an example of using websockify to wrap the vncserver command (which backgrounds itself) for use with noVNC:

Here is an example of wrapping telnetd (from krb5-telnetd). telnetd exits after the connection closes so the wrap mode is set to respawn the command:

The wstelnet.html page demonstrates a simple WebSockets based telnet client (use ‘localhost’ and ‘2023’ for the host and port respectively).

Building the Python ssl module (for python 2.5 and older)

Websockify is a WebSocket to TCP proxy/bridge. This allows a browser to connect to any application/server/service. Implementations in Python, C, Node.js and Ruby. ...

Websockify is a WebSocket to TCP proxy/bridge. This allows a browser to connect to any application/server/service. Implementations in Python, C, Node.js and Ruby. ...

Embed websockify into Nginx (convert any tcp connection into websocket) ...

Websockify server written in 100% pure Java. It's designed to work with the javascript found at https://github.com/kanaka/websockify. ...

Would you tell us more about novnc/websockify?