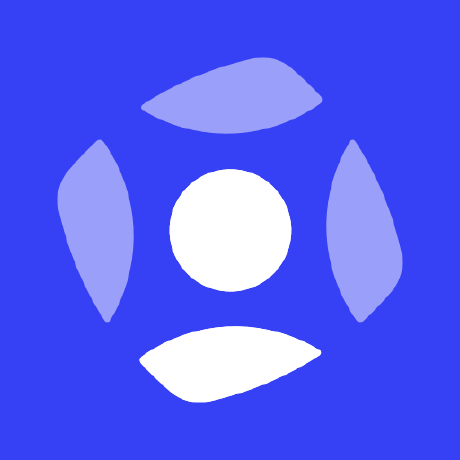 React is a very exciting Javacscript library (released by Facebook) that aims to solve a lot of the unfortunate aspects of client-side MVC frameworks. It champions a one-way data flow (as opposed to the magical two-way bindings used in Angular and Ember) that leads to more predicable rendering, a more declarative coding style, and simpler unit testing. It also requires considerably less bootstrapping than the MVCs, so dropping it in to an existing app is relatively painless.

“This sounds great for my Rails app!” said the developer at 9:00am.

There’s a very useful gem out there called react-rails that does the dirty work of plugging React into Rails. It instructs you to configure a components directory in app/assets/javascripts that you fill with *.js.jsx files. Then, through various wizardry it makes all variables defined in those files available in the browser’s window namespace. It also provides a very useful view method for rendering React components. In short, it’s a very clever and useful hack.

“This feels a bit dirty, but it works!” said the developer, at 9:42am after running bundle install and configuring his app.

Because unit testing Ruby with Rspec is awesome, I was hoping to have a similar experience testing React. Here’s the (relatively modest) list of features that I had in mind:

You can use various test runners with React. I decided to use Jasmine because I became friends with it while using Node, and because there have been mixed reviews about Jest, the React test language (I’m sure it’ll be great eventually, but for now it’s still maturing).

“Hm. Uhhhh… Uhhhh…” said the developer, whilst Googling for the above solution for the next 2-3 hours.

The Problem with Unit Testing React in Rails

react-rails uses the asset pipeline to make the React Components available. Unfortunately, this results in NSFW coupling between React and Rails that would make any unit-tester blush. Since the whole point was to unit test, there was no way I was going anywhere near Capybara to get access to my component. Capybara specs need to load both the rails app and a headless browser, so there’s no way they could ever be fast enough.

With Capybara out of the running, it was becoming clear that Rails wasn’t going to be able to solve my unit testing needs. So now what?

“Well, maybe I can write a Node app for this!” said the developer, convinced that the benefits of unit testing outweighed the fact that he only had a week left in his sprint.

I had used Node a lot (albeit a few years back), so getting an environment up and running was not biggie. There are a few great npm packages out there for testing react, namely jasmine, jasmine-react-helpers and react-test-utils. React requires a DOM for several of its behaviours, but fortunately Hammerlab had a great article that pointed me in the right direction for getting a DOM running within my test environment using the jsdom package.

“Uh Oh.” said the developer - repeatedly - for the rest of the day.

Consider the following set up in a Jasmine spec file:

Next, consider the way that react-rails gets you to define your components:

Here’s where the difference between the Rails world and the Javascript world starts to hurt.

Because we don’t define our React-Rails components as modules, invoking require in our tests doesn’t actually get us what we need. The problem is, we can’t add module.exports to our components because that would make Rails blow up. (If you’re thinking Browserify, I did too - see Shouldn’t I have used Browserify? below.)

“Pint, anyone?” said the developer, as he wearily shut down his machine.

After a good night’s sleep, I came up with a plan: write a pre-processor that compiles Rails-friendly React components into Jasmine-friendly modules. For example:

These compiled components would go into a .gitignored directory that your specs would know the location of, and then we’d be able to test them just like regular Javascript modules, and it would be very fast.

I decided to use Grunt for my pre-processing, mostly because I know it better than the other similar libraries. grunt-wrap was perfect for adding my requires at the top and module.exports at the bottom. All the dirty work is done with regex in a (creatively-named!) class called Wrapper, which I’m pround to announce was written with relatively small amounts of swearing.

I used grunt-react to compile both the wrapped components and my specs from jsx to js files, and grunt-exec to run the specs themselves.

Next, I needed to tackle dependencies. As I mentioned, react-rails adds everything to window, so you don’t explicitly need to require anything. I went for a declaritive solution that is parsed by Grunt. It’s not the prettiest girl in school, but it gets the job done. Note that the paths are relative to your React component within app/assets/javascripts/components:

Each spec file is expected to be a .jsx file ending with _spec, ie. text_field_spec.jsx. You need to include the React Helper in each file to set up dependencies.

Use rewire to stub dependencies:

Note that the easiest way to make this work is to give a CSS class to the DOM element you want to act on.

Running specific spec - To run a group of specs, change describe to fdescribe - To run an individual spec, change it to fit

Shouldn’t I have used Browserify?

If you haven’t read up on Browserify, you should. It allows you to use CommonJS includes in the browser, which is pretty awesome. There are a few articles out there about incorporating Browserify with react-rails using a gem called browserify-rails (here’s a good example), but there is a pretty significant amount of config involved, and my only goal was to unit test the components. At risk of sounding like DHH, I didn’t want my test requirements to influence my application.

Even with browserify I’d have to run my test via Node, so in the end I decided it was less intrusive to write a pre-compiler and leave my react-rails components alone.

“Well, that was harder that I expected it to be” said the developer, 2 days later, looking at the beautiful output of unit-tested React components.

Once I got all of the setup out of the way, unit-testing React became simple and fast. Even with the asset precompilation, setting up the Node tests was much faster that setting up my Rails app to run Rspec. There’s a decent amount of everhead when it comes to writing the specs themselves, but - in my experience - that’s typical of Javascript testing in general, and well worth the peace of mind that comes from properly unit tested components.

As always, this is something I wrote to solve my specific problem, so there will be many cases that it almost fits. Feel free to submit an issue or pull request on the repo!

Would you tell us more about onfido/jasmine-react-rails?