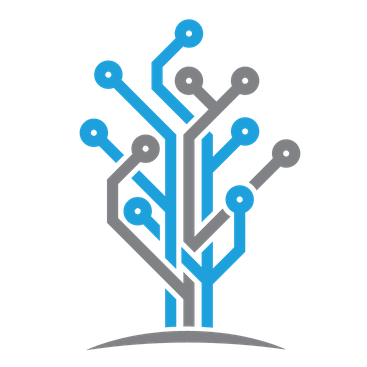 And then create a POCO class with a default constructor and some methods, like this:

After defining some NBench PerfBenchmark methods and declaring some measurements, you can run your benchmark by downloading the NBench.Runner.exe via NuGet.

And this command will run your PerfBenchmark and write output that looks like this to a markdown file in the output-directory.

Supported wildcard patterns are * any string and ? any char. In order to include a class with all its tests in the benchmark you need to specify a pattern finishing in *. E.g. include=*.MyBenchmarkClass.*.

Every NBench performance test is created by decorating a method on a POCO class with a PerfBenchmark attribute and at least one type of “measurement” attribute.

Here are the different options for creating a PerfBenchmark:

You can declare a PerfBenchmark attribute on multiple methods within a single POCO class and each one will be run as its own independent benchmark.

There are two important modes that you can use in the design of your benchmarks - the RunMode and the TestMode.

RunMode indicates how the benchmark will be run. RunMode.Throughput is designed for very small benchmarks, like single-line methods, and is meant for scenarios where you really need to measure the throughput of a given operation. During a Throughput benchmark the `Benchmark

Of course you can also measure things like Garbage Collection and memory allocation too, but those are typically more interesting inside RunMode.Iteration tests. RunMode.Iteration is designed for running more complex blocks of code where you want to profile things like memory allocation or garbage collection and are less concerned with measuring the throughput of a particular block of code.

TestMode indicates how NBench will evaluate the data at the end of the benchmark. If set to TestMode.Measure, NBench will simply report the measurements of all collected values and not perform any unit test-style assertions on any of them; this includes metrics that are declared with “Assertion” attributes such as CounterThroughputAssertion and others.

When TestMode.Test is enabled, all available assertions will be checked against the collected data. If any such assertions fail, NBench.Runner.exe will return with a failure exit code.

During the course of each iteration of a benchmark, NBench follows the following object creation lifecycle:

The purpose of the Prewarmup and Warmup phases is a little different depending on your RunMode, but the general idea is to pre-JIT all of the code that’s about to be benchmarked and to estimate how long the benchmark will take to run.

The Prewarmup, Warmup, and Benchmark phases will all perform the following calls against your POCO class:

During a RunMode.Throughput benchmark, the PerfBenchmark method will be invoked continuously until the estimated time (determined by estimated time gathered during the Warmup phase) has elapsed. PerfSetup and PerfCleanup methods will not be called again until after the throughput test is complete, in other words.

As of the most recent stable release, NBench allows you to gather the following types of data:

There are two types of attributes you can use to instrument a benchmark for memory measurement:

Inside the constructor of each of these attributes you can specify one of a possible number of memory metrics. Right now here is what NBench supports:

To collect data for this metric, declare an attribute on your PerfBenchmark method like so:

In the example above, if the block of code inside SomeBenchmarkMethod causes the CLR allocate more than 32kb of memory on average across 3 iterations of this code then the MemoryAssertion will write a failure into the report produced by NBench.

NOTE: The way MemoryMetric.TotalBytesAllocated is measured is by taking a before and after snapshot of total memory as reported by the CLR Garbage Collector.

Memory is typically allocated in pages, i.e. the OS might allocate 8kb when all you need is 12 bytes, that way it doesn’t have to constantly allocate lots of small segments of memory to the process, so to get best results it’s recommended that you write your memory benchmarks such that you allocate a large number of the objects you want to benchmark. That helps average out the noise produced by this allocation strategy on the part of the OS.

The goal of checking GC metrics is to help eliminate the garbage collector as a source of pauses, slowdowns, and negative impact on throughput in your application. Therefore NBench’s GC measurement capabilities are designed to help you track the number of GC collections that occur at each generation as part of your benchmark.

Here are the types of attributes you can use for measuring GC inside your benchmarks:

Inside the constructor of each of these attributes you can specify the type of GC metric you want to collect. Here’s what is currently supported inside NBench:

You must also specify one of the following GC generations in the constructor of your attribute, as it indicates for which GC generation you want to apply this measurement:

To collection GC data, declare one of the GC measurement attributes on your PerfBenchmark method like this:

In the example above, this spec would fail if any Gen2 garbage collection occurred throughout the 1000ms duration of this benchmark (which, based on the reading of this code, none should.)

NOTE: NBench will force the .NET garbage collector to perform a full cleanup before the benchmark runs and AFTER it completes. It does not force the garbage collector to run before we measure GC collection attempts. So to get the best possible measurement, design your GC benchmarks such that they offer opportunities for the GC to run. Long-running iteration benchmarks that repeat the same code deterministically (i.e. a for loop) are one option.

The role of BenchmarkContext is solely for accessing user-defined counters that are declared using any one of the following three attributes:

You can declare multiple counter attributes that all measure against the same counter, i.e.

To gain access to a Counter for use inside your benchmark, you will need to pass in the BenchmarkContext to either your PerfSetup method or your PerfBenchmark method, as shown in the example above. From there you can call context.GetCounter("{YOUR COUNTER NAME}") and retrieve access to the counter instance being tracked by NBench.

NOTE: If you call BenchmarkContext.GetCounter(string counterName) and counterName doesn’t match the name of any of your counters declared in your CounterThroughputAssertion, CounterTotalAssertion, and CounterMeasurement attributes then you will receive an NBenchException.

Best Practices for Working with Counters

Here are a few best practices to bear in mind when working with counters:

Akka-nbench is a benchmarking tool created to conduct accurate and repeatable performance tests and stress tests, and produce performance graphs. ...

Would you tell us more about petabridge/NBench?