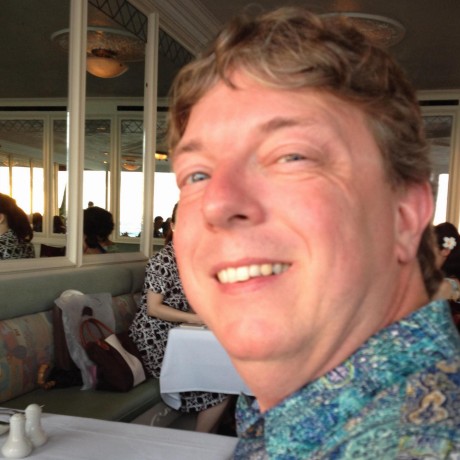 A collection of Git extensions to provide high-level repository operations for Vincent Driessen's branching model. This fork adds functionality not added to the original branch.

For the best introduction to get started with git flow, please read Jeff Kreeftmeijer's blog post:

Or have a look at one of these screen casts:

A quick cheatsheet was made by Daniel Kummer:

Integration with your shell

This project is under constant development. Feedback and suggestions are very welcome and I encourage you to use the Issues list on Github to provide that feedback.

Feel free to fork this repository and to commit your additions. For a list of all contributors, please see the AUTHORS file.

Any questions, tips, or general discussion can be posted to the Google group: http://groups.google.com/group/gitflow-users This is the original group set up to support the nvie branch, but I am monitoring the list as well for any questions related to my version. When you do post a question on the list please indicate which version you are, using the complete version number.

Fork the repository. Then, run:

The -b master switch has to be added since the fork operation automatically clones the develop branch of the official gitflow repository and cloning it results in a local repository with just a develop branch.

If you do not have gitflow installed yet install it by running make && make install.

After that initialize the local gitflow repository with gitflow itself:

Then, do work and commit your changes.

When done, open a pull request to your feature branch.

To initialize a new repo with the basic branch structure, use:

This will then interactively prompt you with some questions on which branches you would like to use as development and production branches, and how you would like your prefixes be named. You may simply press Return on any of those questions to accept the (sane) default suggestions.

The -d flag will accept all defaults.

You can easily publish a feature you are working on. The reason can be to allow other programmers to work on it or to access it from another machine. The publish/track feature of gitflow simplify the creation of a remote branch and its tracking.

When you want to publish a feature just use:

or, if you already are into the feature/<name> branch, just issue:

Now if you execute git branch -avv you will see that your branch feature/<name> tracks [origin/feature/<name>]. To track the same remote branch in another clone of the same repository use:

This will create a local feature feature/<name> that tracks the same remote branch as the original one, that is origin/feature/<name>.

When one developer (depending on your work flow) finishes working on the feature he or she can issue git flow feature finish <name> and this will automatically delete the remote branch. All other developers shall then run:

to get rid of the local feature that tracks a remote branch that no more exist.

For a wide variety of commands hooks or filters can be called before and after the command.
The files should be placed in .git/hooks
In the directory hooks you can find examples of all the hooks available.

:sunglasses: A curated list of addons that extends git cli. ...

Would you tell us more about petervanderdoes/gitflow-avh?