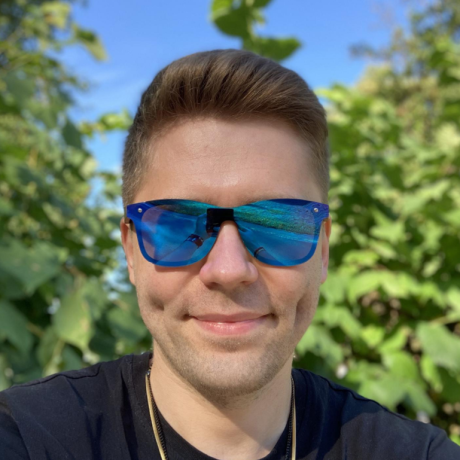 A node.js C++ module for creating GIF images and animated GIFs from RGB or RGBA buffers.

This is a node.js module, writen in C++, that uses giflib to produce GIF images from RGB, BGR, RGBA or BGRA buffers. This module exports Gif, DynamicGifStack, AnimatedGif and AsyncAnimatedGif objects. Gif — The Gif object is for creating simple GIF images. Gif’s constructor takes takes 5 arguments: var gif = new Gif(buffer, width, height, quality, buffer_type); The first argument, buffer, is a node.js Buffer that is filled with RGB, BGR, RGBA or BGRA values. The second argument is integer width of the image. The third argument is integer height of the image. The fourth argument is the quality of output image. The fifth argument is buffer type, ‘rgb’, ‘bgr’, ‘rgba’ or ‘bgra’. You can set the transparent color for the image by using: gif.setTransparencyColor(red, green, blue); Once you have constructed Gif object, call encode method to encode and produce GIF image. encode returns a node.js Buffer. var image = gif.encode(); See tests/gif.js for a concrete example. DynamicGifStack ————— The DynamicGifStack is for creating space efficient stacked GIF images. This object doesn’t take any dimension arguments because its width and height is dynamically computed. To create it, do: var dynamic_gif = new DynamicGifStack(buffer_type); The buffer_type again is ‘rgb’, ‘bgr’, ‘rgba’ or ‘bgra’, depending on what type of buffers you’re gonna push to dynamic_gif. It provides several methods - push, encode, dimensions, setTransparencyColor. The push method pushes the buffer to position x, y with width, height. The encode method produces the final GIF image. The dimensions method is more interesting. It must be called only after encode as its values are calculated upon encoding the image. It returns an object with width, height, x and y properties. The width and height properties show the width and the height of the final image. The x and y propreties show the position of the leftmost upper PNG. Here is an example that illustrates it. Suppose you wish to join two GIFs together. One with width 100x40 at position (5, 10) and the other with width 20x20 at position (2, 210). First you create the DynamicGifStack object: var dynamic_gif = new DynamicGifStack(‘rgb’); Next you push the RGB buffers of the two GIFs to it: dynamic_gif.push(gif1_buf, 5, 10, 100, 40); dynamic_gif.push(gif2_buf, 2, 210, 20, 20); Now you can call encode to produce the final GIF: var image = dynamic_gif.encode(); Now let’s see what the dimensions are, var dims = dynamic_gif.dimensions(); The x position dims.x is 2 because the 2nd GIF is closer to the left. The y position dims.y is 10 because the 1st GIF is closer to the top. The width dims.width is 103 because the first GIF stretches from x=5 to x=105, but the 2nd GIF starts only at x=2, so the first two pixels are not necessary and the width is 105-2=103. The height dims.height is 220 because the 2nd GIF is located at 210 and its height is 20, so it stretches to position 230, but the first GIF starts at 10, so the upper 10 pixels are not necessary and height becomes 230-10=220. See tests/dynamic-gif-stack.js for a concrete example. AnimatedGif ———– Use this object to create animated gifs. The whole idea is to use push and endPush methods to separate frames. The push method is used for stacking, you can stack many updates in the frame. Then when you call endPush the data you had pushed will be taken as a whole and a new frame will be produced. Once you’re done call getGif to get the final gif (in memory). You can also make AnimatedGif to write the final animated gif to file. Call setOutputFile method to set the output file. There are two examples of animated gifs in tests/animated-gif directory. Take a look if you’re interested: * animated-gif.js shows how to produce an animated gif in memory and then write it to a file yourself (this is not recommended as the files can grow pretty big). * animated-gif-file-writer.js shows how to produce an animated gif to a file. AsyncAnimatedGif —————- This object makes the animated gif creating asynchronous. When you push a fragment to AsyncAnimatedGif, it writes the fragment to a file asynchronously, and then when you’re done, it takes all these files and merges them, producing an animated gif. You must specify the temporary directory where AsyncAnimatedGif will put the files to. Do it this way: var animated = new AsyncAnimatedGif(width, height); animated.setTmpDir(‘/tmp’); You can only write the animated gifs to files with this object. Don’t forget to set the output file via setOutputFile: animated.setOutputFile(‘animation.gif’); Now you can push fragments to it and separate frames by endPush. After you’re done with frames, call encode to produce the final gif. The encode method takes a single argument - function that gets called when the final gif is produced. The function takes two arguments - status which will be true or false, and error which will be the error message in case status is false, or undefined if status is true: animated.encode(function (status, error) { if (status) { console.log(‘animated gif successful’); } else { console.log(‘animated gif unsuccessful: ’ + error); } }); Take a look at tests/animated-gif/animated-gif-async.js file to see how it works in a real example. How to Install? ————— To compile the module, make sure you have giflib 1 and run: node-waf configure build This will produce gif.node object file. Don’t forget to point NODE_PATH to node-gif directory to use it. Another way to get it installed is to use node.js package manager npm [2]. To get node-gif installed via npm, run: npm install gif This will take care of everything and you don’t need to worry about NODE_PATH.

A node.js C++ module for creating GIF images and animated GIFs from RGB or RGBA buffers. ...

A Node.JS module for parsing information on (animated) GIF files. ...

Would you tell us more about pkrumins/node-gif?