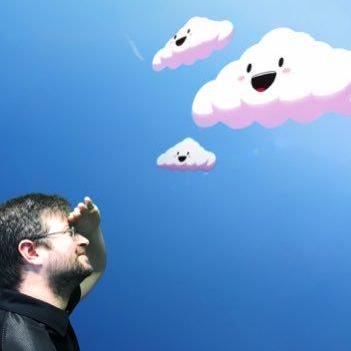 Attempt to build a complete AWS SDK in Perl

Attempt to build a complete AWS SDK in Perl

This project is attempting to build an entire AWS SDK from the information that is stored in other AWS SDKs. Other AWS SDKs have a “data-driven” approach, meaning that the definitions for the method calls are stored in a data structure describing input and output parameters.

If you want to install and use Paws then just install it via cpan, cpanm, carton or the likes. If you want to contribute code: read on

If you want to develop a feature, or contribute code in some way, you need a development setup. This is done by cloning the repo into a local directory.

It’s possible that you need -dev libraries for compiling some of these modules. These packages are:

If yo are using Mac OS X - El Capitan(10.11) you will probably need to force the link of the openssl header to /usr/local:

auto-lib: Contains the auto-generated classes. Changes to code in this directory will be overwritten, so only commit autogenerated code; never handwritten code (see “Generating API”).

Changes that fix something in auto-lib are welcome, but cannot be applied directly, since they will be overwritten. Usually, they indicate some kind of general problem with other APIs, so the problem has to be fixed generically.

lib: Contains roles and classes that the auto-generated classes use to call the API, sign requests, handle responses, etc.

Note: This step is not necessary if you want to try out the SDK. We commit in “auto-lib” the classes generated by the definitions to which the “botocore” submodule points to. If you’re not developing the SDK, go directly to the “Trying it out” step :)

Execute command make pull-other-sdks This will do a git pull of some official AWS sdks that are data-driven, and used to generate the SDK.

To generate the API for a given API call:

This will generate file(s) in auto-lib.

To generate all the APIs:

The SDK is targeted at modern Perl versions. Since a new perl gets released every year, distributions perl tend to lag behind, so support for perl versions on any modern, widespread distribution is our target. Vert old versions may work, but no intention to support them is made. You can always install a modern version of perl with perlbrew or plenv in a breeze. We’re running the test cases on Travis for all “supported” perl versions. If you want to support a lower version, you can contribute back. Acceptance of patches for older versions of Perl won’t mean that the compatibility will be maintained long-term, although it will be tried :).

Dependencies are versioned in a cpanfile. If you have carton, just execute ‘carton install’ in the sdk directory, and all dependencies will be pulled in automatically into a local library path. After that use ‘carton exec …’ to execute your scripts.

If you add a dependency, just add it to the cpanfile file. There are three sections:

carton install installs all dependencies in all sections (after all, we’re in developer mode here)

Packaging is managed with Dist::Zilla. running dzil build will make a tar.gz suitable for uploading to CPAN

Each class for each API can be constructed in the following way:

Don’t consider the SDK as “stable” code. There is a lot of experimenting going on. That said, people are using it in production, so changes to the way you call APIs, although not guaranteed, are not prone to change because they are autogenerated. Expect changes around the way you obtain service classes, transmit credentials, etc. Look at the TODO for expected changes to come.

As of 2015-02 I’m documenting breaking changes in the Changes file. API changes that break stuff will be documented there. Please read the Changes file before updating your git clone.

Using the SDK in your code

Although the code isn’t considered stable yet, it works, and more than one person is using it already. I recommend you to using a cpanfile, and bundling Paws with carton bundle

Take a look at https://metacpan.org/pod/Paws#SUPPORTED-SERVICES

If a service is not supported, it will warn on construction with an explicit “non supported API” message. Basically all query and json services are supported. RestXML and RestJSON services are in the coming.

Paws comes with a command-line utility to exercise the SDK. Just like Paws is the namespace for the SDK, “paws” (in /bin) is the cli utility. It’s quite rudimentary, but think of it as a quick way to try out calling services. Just call:

to list all services. If a service isn’t supported yet, it will die explicitly advising you that Paws doesn’t support that service yet.

Parameters needed in for DescribeInstances can be passed as a list of parameters (see https://metacpan.org/pod/ARGV::Struct) for complete documentation of how to pass parameters via command line.

This code is distributed under the Apache v2 License

CAPSiDE (http://www.capside.com) for letting Paws be contributed in an open source model and giving me time to build and maintain it regularly

juair10 for corrections and testing

Iñigo Tejedor for service endpoint resolution based on rules

stevecaldwell77 for contributing support for temporary credentials in S3

Roger Pettett for testing and contributing fixes for tests on MacOSX

Glen van Ginkel for contributions to get S3 working

Miquel Soriano for reporting a bug with DescribeAutoScalingGroups

rpcme for reporting various bugs in the SDK

Attempt to build a complete AWS SDK in Perl ...

Attempt to build a complete AWS SDK in Perl ...

Would you tell us more about pplu/aws-sdk-perl?