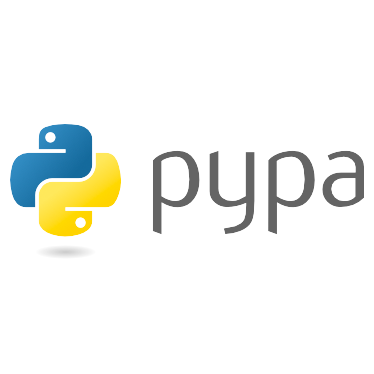 The recommended way to bootstrap setuptools on any system is to download ez_setup.py_ and run it using the target Python environment. Different operating systems have different recommended techniques to accomplish this basic routine, so below are some examples to get you started.

Setuptools requires Python 2.6 or later. To install setuptools on Python 2.4 or Python 2.5, use the bootstrap script for Setuptools 1.x <https://raw.githubusercontent.com/pypa/setuptools/bootstrap-py24/ez_setup.py>_.

The link provided to ez_setup.py is a bookmark to bootstrap script for the latest known stable release.

Using Windows 8 (which includes PowerShell 3) or earlier versions of Windows with PowerShell 3 installed, it's possible to install with one simple Powershell command. Start up Powershell and paste this command::

You must start the Powershell with Administrative privileges or you may choose to install a user-local installation::

The recommended way to install setuptools on Windows is to download ez_setup.py_ and run it. The script will download the appropriate distribution file and install it for you.

Once installation is complete, you will find an easy_install program in your Python Scripts subdirectory. For simple invocation and best results, add this directory to your PATH environment variable, if it is not already present. If you did a user-local install, the Scripts subdirectory is $env:APPDATA\Python\Scripts.

For Windows without PowerShell 3 or for installation without a command-line, download ez_setup.py_ using your preferred web browser or other technique and "run" that file.

Most Linux distributions come with wget.

Download ez_setup.py_ and run it using the target Python version. The script will download the appropriate version and install it for you::

Note that you will may need to invoke the command with superuser privileges to install to the system Python::

Alternatively, Setuptools may be installed to a user-local path::

Note that on some older systems (noted on Debian 6 and CentOS 5 installations), wget may refuse to download ez_setup.py, complaining that the certificate common name *.c.ssl.fastly.net does not match the host name bootstrap.pypa.io. In addition, the ez_setup.py script may then encounter similar problems using wget internally to download setuptools-x.y.zip, complaining that the certificate common name of www.python.org does not match the host name pypi.python.org. Those are known issues, related to a bug in the older versions of wget (see Issue 59 <https://bitbucket.org/pypa/pypi/issue/59#comment-5881915>_). If you happen to encounter them, install Setuptools as follows::

If your system has curl installed, follow the wget instructions but replace wget with curl and -O with -o. For example::

For more advanced installation options, such as installing to custom locations or prefixes, download and extract the source tarball from Setuptools on PyPI <https://pypi.python.org/pypi/setuptools>_ and run setup.py with any supported distutils and Setuptools options. For example::

Use --help to get a full options list, but we recommend consulting the EasyInstall manual for detailed instructions, especially the section on custom installation locations.

All setuptools downloads can be found at the project's home page in the Python Package Index_. Scroll to the very bottom of the page to find the links.

.. _the project's home page in the Python Package Index: https://pypi.python.org/pypi/setuptools

On Windows, if Setuptools was installed using an .exe or .msi installer, simply use the uninstall feature of "Add/Remove Programs" in the Control Panel.

Otherwise, to uninstall Setuptools or Distribute, regardless of the Python version, delete all setuptools* and distribute* files and directories from your system's site-packages directory (and any other sys.path directories) FIRST.

If you are upgrading or otherwise plan to re-install Setuptools or Distribute, nothing further needs to be done. If you want to completely remove Setuptools, you may also want to remove the 'easy_install' and 'easy_install-x.x' scripts and associated executables installed to the Python scripts directory.

Here are some of the available manuals, tutorials, and other resources for learning about Setuptools, Python Eggs, and EasyInstall:

Questions, comments, and bug reports should be directed to the distutils-sig mailing list. If you have written (or know of) any tutorials, documentation, plug-ins, or other resources for setuptools users, please let us know about them there, so this reference list can be updated. If you have working, tested patches to correct problems or add features, you may submit them to the setuptools bug tracker.

Everyone interacting in the setuptools project's codebases, issue trackers, chat rooms, and mailing lists is expected to follow the PyPA Code of Conduct_.

Setup scripts for the PySide project, compatible with pip, setuptools and virtua ...

Based on Flask-RESTful, setuptools-bower, React + FLUX. Run setup.py to install ...

Would you tell us more about pypa/setuptools?