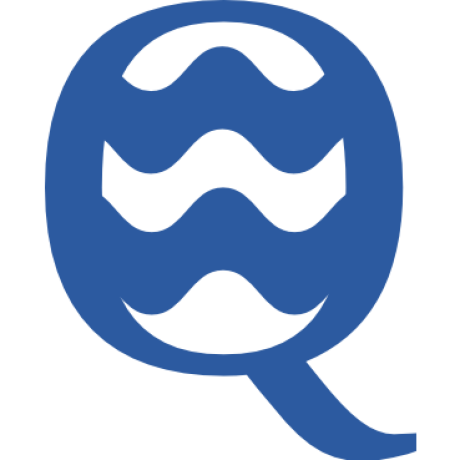 Build and install your Emacs Lisp packages on-the-fly and directly from source.

2016/08/13 - MELPA has moved their package-build library into a separate location. We have made the necessary changes. It seems to be necessary to reinstall quelpa though. Please open up an issue if you run into issues.

quelpa is a tool to compile and install Emacs Lisp packages locally from source code (which can reside on the local disk or in remote locations such as a git repo etc.). It is mostly just a wrapper around the MELPA package build library. We try to keep quelpa as simple as possible and rely on existing solutions.

And that's how quelpa works in a nutshell: Given a recipe in MELPA's format, quelpa gets the package source code, builds an ELPA compatible package and installs that locally. These installed packages can then be managed in the usual way with M-x list-packages.

quelpa can be used in many ways, for example to manage your personal packages, testing development versions of other packages or as a helper when developing a package to test building, compiling and installing it.

To get an idea how to use it to manage your Emacs setup, take a look at the steckemacs configuration, where quelpa loads and installs the required packages just before they are configured.

Every build requires the corresponding build tool. To install a subversion hosted package, you need to have subversion installed.

Note: Even if the sources of a package are fetched with a VCS tool you have installed, they might have dependencies that require a different VCS tool. Better install the most common ones before proceeding.

Note: For Windows, see the Instructions for Windows before continuing

To bootstrap quelpa use this code snippet:

Evaluate this expression in your *scratch* buffer to bootstrap quelpa. Add it to your Emacs init file to make sure quelpa will be installed and upgraded automatically when needed.

If you don't like quelpa doing self-upgrades (although this is recommended), use the following snippet instead:

Note: (package-initialize) can be omitted if you are already running the command before the snippet in your init file.

Cool. Now that we are all setup, enjoy the ride.

There are two ways to install packages with quelpa:

Installing with a package name

Check https://melpa.org/ for any packages you would like to install. You only need to know the name:

Running this expression will fetch the magit source code from Github, build a package in the ELPA format and install it.

If the package has dependencies they will be installed first.

Installing with a recipe

You can also install packages that are not on MELPA. For this you need to provide a recipe in MELPA's format.

For example if I'd like to install the eval-sexp-fu.el package which is located on the Emacs Wiki but not available on MELPA, I just need to provide a valid recipe instead of a package name:

Don't forget the quote before the recipe.

Per default quelpa does not do anything if a package is already installed. You can customize this behavior globally by setting the variable quelpa-upgrade-p to t manually:

It is also possible to override this default behavior for individual packages:

When quelpa is called interactively with a prefix argument (e.g C-u M-x quelpa) it will try to upgrade the given package even if the global variable quelpa-upgrade-p is set to nil.

Please note that the :upgrade parameter described below is still preferred over the prefix argument.

This way quelpa will try to upgrade company even if upgrading is disabled globally.

When used that way, quelpa will not upgrade ag. This can be used to "pin" packages when evaluating a buffer with quelpa invocations.

Upgrading all your quelpa packages at init is one option to keep them up to date, but can slow it down considerably. Alternatively you can execute M-x quelpa-upgrade and upgrade every cached package.

This command relies on an intact cache file which is set in the quelpa-cache-file variable. It is updated after every quelpa invocation. To reset it for debugging purposes, just delete the file and better keep a backup.

quelpa can be instructed to build stable packages. This means that the repository with the source code (git or hg are supported) is queried for a stable tag and if one is found that version will be built.

In quelpa there is a global variable where building of stable packages can be enabled, so that all packages are built stable (if available for the individual package):

or you can set it just for one package by supplying stable as an argument:

or as part of the recipe itself:

The definition as part of the recipe has the highest priority and overrides the other two methods. Likewise adding it as an argument overrides the global variable. So the priority is like: recipe > argument > quelpa-stable-p.

Because quelpa installs packages using the built-in Emacs package management system, you can use its regular interface by executing M-x list-packages and work with your packages as you would normally do. Deleting a package does not affect the quelpa cache yet.

Builds packages from single .el files. It works like this:

You specify the :url (either a remote or local one like file:///path/to/file.el) of the file and as :fetcher url.

By default upgrades are managed through file hashes, so if the content changed, quelpa will upgrade the package. Existing version numbers are retained. quelpa uses a version suffix that still allows the original version to have priority. So if you should install a package from another source with the same version it will be preferred.

To keep the original version unmodified use the parameter :version original. For example:

Or multi-file packages from a local directory:

Specifying a directory for the :path does not retain existing version numbers, nor does it make any use of the :version original parameter.

Upon initialization quelpa usually updates the MELPA git repo (stored in quelpa-build-dir/package-build) which ensures you always have the latest recipes from MELPA available. This causes as small delay and some people don't like that (presumably people that do not use or know emacs --daemon and emacsclient).

You can disable these updates by setting quelpa-update-melpa-p to nil before requiring quelpa:

Or, if you don't want to use the MELPA git repo at all (e.g. if you're using quelpa mainly for installing packages outside of MELPA,) you can also set quelpa-checkout-melpa-p to nil:

When installing a package, quelpa will install any listed dependencies via the recipe that MELPA has for it. But maybe you want to use a different recipe, or perhaps the dependency is not even on MELPA, which would cause an installation failure.

You can create a directory with recipe files and tell quelpa to look there for an appropriate recipe:

This way, if no recipe is found in this custom directory, it will fallback to the next directory in the list, which in this case would be the directory containing the recipes from MELPA.

The files themselves should be named after the package name, without any extension like .el or .rcp.

Alternatively, you can also specify a list of recipes instead.

On Windows there are some caveats so the procedure to make Emacs work with quelpa is outlined below. You can either use the native Windows build from GNU or the Cygwin port. If you'd like to have a complete *nix environment on your Windows machine then the Cygwin version is to be preferred.

The Cygwin port is also easier to install as there are less manual steps necessary.

Download either the 64-bit or 32-bit setup file from http://cygwin.com/install.html. If your Windows version is 64-bit then make sure to use the 64-bit installer to avoid some problems that only happen with the 32-bit version.

It is usually better to install Cygwin just for the current user, not system-wide:

Just leave the default packages selected and finish the installer

Open the Cygwin terminal and execute:

This will take quite a while...

Using the 32-bit version of Cygwin I've got weird vfork errors and had to do a rebase (see http://cygwin.wikia.com/wiki/Rebaseall):

So then everything should work with quelpa. Open the Cygwin terminal, install your init file and enjoy Emacs on Windows (even emacs --daemon works with the Cygwin build)

Download and unpack Emacs from https://ftp.gnu.org/gnu/emacs/windows/ (for example to c:\emacs)

Some libraries are missing for SSL to work with Emacs so you will have to download the gnutls build from sourceforge: http://sourceforge.net/projects/ezwinports/files/

Copy all .dll files from the gnutls archive to the c:\emacs\bin folder.

Install Git from https://git-scm.com/download/win. Make sure to choose these options in the installer:

tar is needed by quelpa to build the elpa packages and has to be installed additionally.

When you can choose the packages that should get installed go to All Packages -> MSYS Base System and mark msys-tar (bin) for installation. Then apply the changes.

Then Emacs should work with quelpa.

The german word Quelle means spring (as in: water source) but also source. source code is translated to Quellcode. ELPA is the abbreviation for Emacs Lisp Package Archive. You get the idea.

A community driven list of useful Emacs packages, libraries and others. ...

Discover key bindings and their meaning for the current Emacs major mode ...

Draft of a guide for using emacs with evil ...

Would you tell us more about quelpa/quelpa?