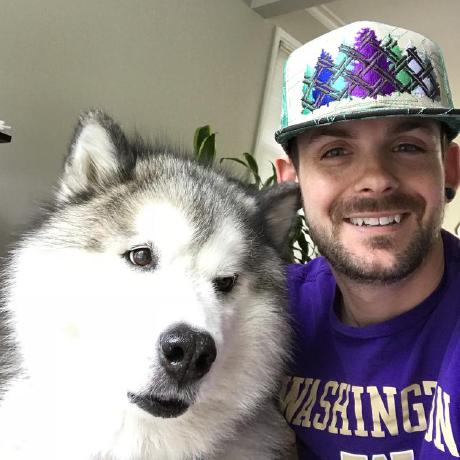 A grid view for iPhone/iPad, designed to look similar to NSCollectionView.

h3=. Winner of the Best Developer Tool/Helper award at iPadDevCamp 2010 in San Jose

h3. Used In These Applications:

People have asked how they can show their support. Other than implementing nice features & pushing them back upstream, you can always take a look at my “Amazon Wish List”:http://amzn.com/w/34WILFNNUUDKQ.

h3. How to use it in your project

This project compiles to a static library which you can include, or you can just reference the source files directly. Note that there are some resources to copy into your project for the tableview-style selection backgrounds.

Create a subclass of AQGridViewController. In -viewDidLoad you can change any properties you desire, add background, header, or footer views, and so on.

Unless you want a grid cell size of 96x128 (the default) you should implement the AQGridViewDataSource method -portraitGridCellSizeForGridView:, from which you can return a suitable minimum size for your cells. This is used as the basis of the layout grid; the grid view will expand the width of this size until it reaches a factor of the current content size, then uses that for its layout.

Cells will be placed in the center of each layout grid rectangle. By default, the cells are not resized to fill this grid rectangle, but you can change this using the resizesCellWidthToFit property of AQGridView. If your cell should not be positioned dead center (for example, if your cell contains an image with a shadow on one side, and the image should be centered, not the whole thing) then you can implement the AQGridViewDelegate method -gridView:adjustCellFrame:withinGridCellFrame: to tweak the auto-centered cell frame calculated by the grid view’s layout code. For instance, the “Kobo iPad App”:http://itunes.apple.com/ca/app/ebooks-by-kobo-hd/id364742849?mt=8 does this for its shelf view, and uses resizesCellWidthToFit for its two-column list view.

The second button at the top right of the screen will pop up a menu which changes from the default empty-space grid style to a UITableView-like ‘filled cell’ grid style. In this version, the cells are automatically resized to fit their grid slots, and the selection style (and the cells’ behavior when selected) will match UITableView more closely.

This demo shows how to make a new grid view instance expand into existence from a single point. The ExpanderDemoViewController implements a basic grid view with a single cell. When this cell is tapped, it creates a new instance of ExpandingGridViewController, which then expands its image cells into view (only using those cells which would be visible, not ALL cells).

The expansion is triggered by calling the -expandCellsFromRect:ofView: method of ExpandingGridViewController. Before calling this, you must set the expanding grid view’s frame (so it can figure out what cells should be visible at what indices) and add it to a superview (so the passed rectangle can be mapped across). Afterward you should ensure that you call the new controller’s -viewDidAppear:. This last function implements the last part of the expansion algorithm.

In -expandCellsFromRect:ofView:, the controller converts the source rectangle into its own view’s coordinate space and caches it. It also goes through the grid view’s cell list and stores their existing frames ready to animate them later. Lastly, it sets its view’s background colour to clear. Then in -viewDidAppear: it first moves all the visible cells to the saved starting rectangle, then in an animation block it restores its background colour and moves the cells to their original positions.

Also: Yes, this example contains a memory leak, and doesn’t go in reverse. The only exemplary code is in the two methods discussed above.

Would you tell us more about raid5/AQGridView?