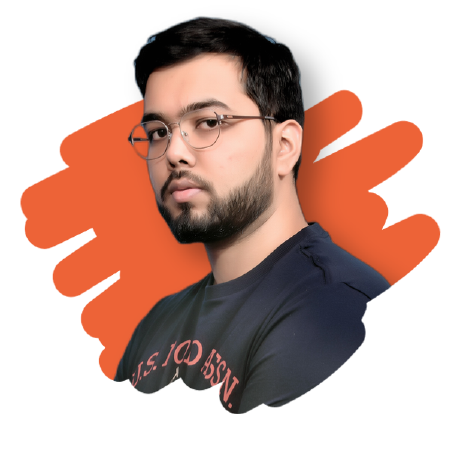 Without the help from these amazing contributors, building this awesome-repo would never has been possible, Thank You very much guys !!

Thanks to Gitbook.This awesome list can now be downloaded and read in the form of a book.Check it out –> https://www.gitbook.com/book/ramitsurana/awesome-kubernetes/ .Keep Learning Keep Sharing !!

What is Kubernetes? :ship:

Kubernetes is an open source orchestration system for Docker containers. It handles scheduling onto nodes in a compute cluster and actively manages workloads to ensure that their state matches the users declared intentions. Using the concepts of “labels” and “pods”, it groups the containers which make up an application into logical units for easy management and discovery.

Source: What is Kubernetes

The first unified container-management system developed at Google was the system we internally call Borg. It was built to manage both long-running services and batch jobs, which had previously been handled by two separate systems: Babysitter and the Global Work Queue. The latter’s architecture strongly influenced Borg, but was focused on batch jobs; both predated Linux control groups.

Kubernetes celebrates its birthday every year on 21st July.The project was born in the year 2015.

The awesome-kubernetes will now soon be available in the form of different releases and package bundles, It means that you can download the awesome kubernetes release up to a certain period of time, The release for awesome kubernetes 2015 bundle is released.Checkout the releases column for more info.Stay tuned for more updates.

A place that marks the beginning of a journey

Official resources from the Kubernetes team

A piece of writing included with others in a newspaper, magazine, or other publication

It is a command-line tool. It lets you inspect your cluster resources, create, delete, and update components, and much more.

It envisions a future of “Container-as-a-Service without IaaS”. The idea is to combine the orchestration power in Kubernetes and the runtime isolation in Hyper to build the truly secure multi-tenant CaaS platform.

Built by Deis and Inspired by Homebrew, apt, and NPM. Helm is a tool for working with Kubernetes-powered applications. Helm makes it easy run apps and services inside Kubernetes.

A central design concept in Kubernetes to cluster Kubernetes across several regions.

Minikube is a tool that makes it easy to run Kubernetes locally. Minikube runs a single-node Kubernetes cluster inside a VM on your laptop for users looking to try out Kubernetes or develop with it day-to-day.

kmachine lets you create Docker hosts on your computer, on cloud providers, and inside your own data center. It creates servers, installs Docker on them, then configures the Docker client to talk to them just like docker-machine

spread is a command line tool that builds and deploys a Docker project to a Kubernetes cluster in one command. The project’s goals are to:

Supergiant is open-source and built on Kubernetes. It provisions “cost-based” server resources, load balancers, and block-level storage automatically to support stateful apps at scale with less hardware expense. The goals of the project are to make launching, managing, and scaling Kubernetes as easy as possible.

Kubernetes as a Filesystem.Its written in Python, because Python is still cool and has a solid FUSE library available for it. The fusepy library has some simple examples showing how to implement loopback and memory file systems.

KubeSpray is a tool to deploy a kubernetes cluster with Ansible.

Bootkube is a helper tool for launching self-hosted Kubernetes clusters.When launched, bootkube will act as a temporary Kubernetes control-plane (api-server, scheduler, controller-manager), which operates long enough to bootstrap a replacement self-hosted control-plane.Additionally, bootkube can be used to generate all of the necessary assets for use in bootstrapping a new cluster. These assets can then be modified to support any additional configuration options.

It provides a Kubernetes cluster configured to run locally and optimized for rapid development.It is a single executable container process built for usage with spread.

Node-level autoscaler for Kubernetes on AWS EC2 that is designed for batch jobs.

Deploying a high-availability Kubernetes cluster, in minutes. Built on Terraform, CoreOS and Ansible.Recipes for bootstrapping HA Kubernetes clusters on any cloud or on-premise.Checkout https://github.com/Capgemini/kubeform

To maintain regular surveillance over kubernetes

Kubernetes Platform as a Service providers

OpenShift is Red Hat’s Platform-as-a-Service (PaaS) that allows developers to quickly develop, host, and scale applications in a cloud environment. With OpenShift you have a choice of offerings, including online, on premise, and open source project options.

Deis Workflow is an open source PaaS that makes it easy to deploy and manage applications on your own servers. Workflow builds upon Kubernetes and Docker to provide a lightweight PaaS with a Heroku-inspired workflow.

Fabric8 DevOps provides a completely integrated open source DevOps platform which works out of the box on any Kubernetes or OpenShift environment, The entire platform is modular and based on microservices so you can use as much or as little of Fabric8 DevOps as you wish!

Jenkins is an automation engine with an unparalleled plugin ecosystem to support all of your favorite tools in your delivery pipelines, whether your goal is continuous integration, automated testing, or continuous delivery.

CI Tool for deploying with kubernetes.

Docker is an open platform for developers and sysadmins to build, ship, and run distributed applications. Consisting of Docker Engine, a portable, lightweight runtime and packaging tool, and Docker Hub, a cloud service for sharing applications and automating workflows, Docker enables apps to be quickly assembled from components and eliminates the friction between development, QA, and production environments. As a result, IT can ship faster and run the same app, unchanged, on laptops, data center VMs, and any cloud.Check out awesome-docker for more info.

Some of the awesome findings and experiments on using Kubernetes with Raspberry Pi.Checkout Kubecloud

A slide is a single page of a presentation created with software such as PowerPoint or OpenOffice Impress.

A recording of moving visual images made digitally or on videotape.

Twitter is quick, it’s easy to communicate on, and is a very valuable social channel for a brand or business if you use it to its full potential, By following these news aggregators, rolling news channels, and companies, you can get the inside scoop of a story long before it hits the mainstream news outlets.

An awesome way to connect with kubernauts around the globe

Some must to go and attend conferences on kubernetes

Contributions are most welcome!

This list is just getting started, please contribute to make it super awesome.

Check out the Contributing Guidelines.

awesome-kubernetes by Ramit Surana is licensed under a Creative Commons Attribution-NonCommercial 4.0 International License.

A resource tracking a number of Kubernetes extensions built on TPRs, CRDs, and API Aggregation ...

A collection of awesome papers about big data & cloud computing like Spark,Ceph,Kubernetes,inc. ...

Would you tell us more about ramitsurana/awesome-kubernetes?