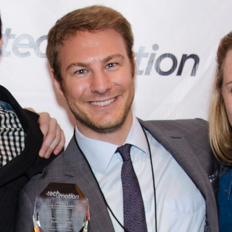 GWT-SoundManager2 is a wrapper for the SoundManager2 library to allow easy use with GWT (Google Web Toolkit).

Its aim is to take a proven, well supported, and mature solution for playing audio (SoundManager2) in the browser and provide a robust, updated, and easy to use GWT interface. Ideally, it's the quickest way to add audio to your GWT application!

Why another SoundManager2 wrapper for GWT?

After reviewing other wrappers and audio libraries such as: gwt-sound gwt-sm gwt-voice
It looked like the state of audio in GWT applications was being neglected and not supported. Most of the aforementioned libraries are either dated, not supported, or don't provide the full range of functionality that is capable with SoundManager2.

This wrapper was created as a fork of gwt-sound, originally written by Jeffery Miller. It's now based on GWT 2.4 and the latest version of SoundManager2 (Which now has killer support for all kinds of browsers. Horray for Android and Iphone!) It was developed for, and currently being used by, Coolhandjuke.

Add it to your project

If you're using maven

...add the dependency to your pom.xml.

Inherit it in your gwt.xml

Use it to make some noise!

Obtain an SM2 instance, configure it, and then beginDelayedInit.

SoundManager2 documentation and resources can be found at Schillmania. Much thanks to Scott Schiller for the awesome SoundManager2 project. http://www.schillmania.com/projects/soundmanager2/

Would you tell us more about rcaloras/gwt-soundmanager2?