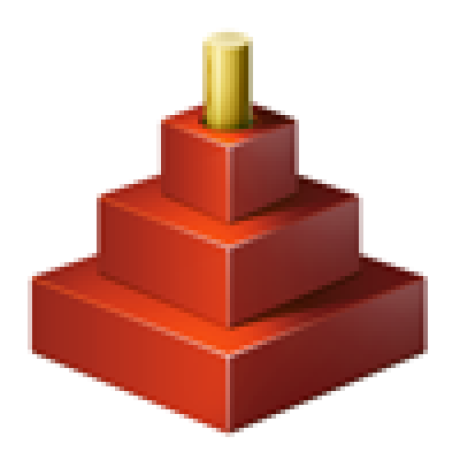 Red is a next-generation programming language strongly inspired by Rebol, but with a broader field of usage thanks to its native-code compiler, from system programming to high-level scripting and cross-platform reactive GUI, while providing modern support

Red is a new programming language strongly inspired by Rebol, but with a broader field of usage thanks to its native-code compiler, from system programming to high-level scripting, while providing modern support for concurrency and multi-core CPUs.

Red has its own complete cross-platform toolchain, featuring two compilers, an interpreter and a linker, not depending on any third-party library, except for a Rebol2 interpreter, required during the bootstrap phase. Once complete, Red will be self-hosted.

The Red software stack also contains another language, Red/System, which is a low-level dialect of Red. It is a limited C-level language with a Red look'n feel, required to build Red's runtime library and be the target language of Red's compiler. More information at red-lang.org.

The Red toolchain comes as a single one-megabyte executable file that you can download from here for the big-3 platforms.

The command-line syntax is:

Note: On Non-Windows platforms, the REPL runs by default in CLI mode. But on Windows, the default is to run in GUI mode. To run it in the command line mode, invoke the red binary with the option --cli.

Running Red from the sources (for contributors)

The compiler and linker are currently written in Rebol. Please follow the instructions for installing the compiler toolchain in order to run it from sources:

The compilation process should finish with a ...output file size message. The resulting binary is in the working folder. Windows users need to open a DOS console and run hello.exe from there.

To see the intermediary Red/System code generated by the compiler, use:

You can also compile the Red console from source:

If you want to contribute code to the Red project be sure to read the guidelines first.

It is usually a good idea to inform the Red team about what changes you are going to make in order to ensure that someone is not already working on the same thing. You can reach us through the mailing-list or our chat room.

Satisfied with the results of your change and want to issue a pull request on Github?

Make sure the changes pass all the existing tests, add relevant tests to the test-suite and please test on as many platforms as you can. You can run all the tests using (from Rebol console, at repository root):

Some anti-virus programs are a bit too sensitive and can wrongly report an alert on some binaries generated by Red, if that happens to you, please fill a ticket here, so we can report the false positive.

Both Red and Red/System are published under BSD license, runtime is under BSL license. BSL is a bit more permissive license than BSD, more suitable for the runtime parts.

A red themed derivation of https://github.com/horst3180/arc-theme ...

Repository for all things Node-RED and Docker related ...

A Polymer based Dashboard UI for Node-RED ...

Would you tell us more about red/red?