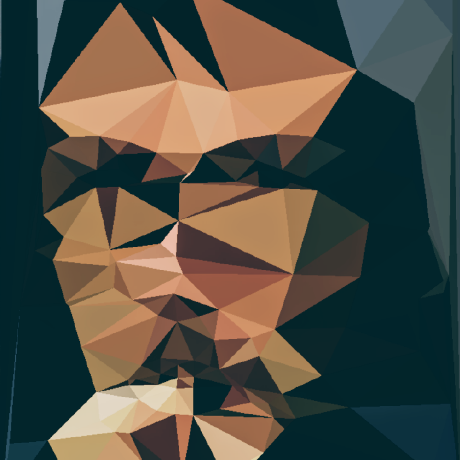 Symfony comes packaged with Assetic for managing frontend assets like CSS, JavaScript or images. Assetic is great to quickly start a project but, as applications grow, its limitations start to show.

It has thus become more and more common to integrate tools native to frontend development into Symfony projects (bower, gulp, webpack, livereload, etc). However, setting up a seamless frontend development workflow is not easy and developers must repeat themselves every time they start a new project.

There are several tools out there that make it easier to do this but they come with their own limitations and many are wrappers for the native frontend development tools. Developers should be able to use the native tools directly and have them just work within their Symfony projects.

This bundle attempts to be the go-to solution for quickly, easily and cleanly setting up a tailored frontend development workflow in Symfony projects.

Node.js must be installed on your system. You can find installation instructions on node.js's website.

Once Node.js is installed, run:

Only gulp is supported at the moment, other asset pipelines are on the way.

From now on, this document will assume you're using gulp.

If you're starting a new project, no configuration is needed at this point and you can safely skip this step.

If you're integrating into an existing Symfony project, to make sure your code keeps working, you will want to keep using Symfony's default package:

For information on why this is needed see Overriding the default package.

Setting up the asset pipeline

A console command is provided that allows you to generate a gulpfile.js tailored for your project. The command will ask you a set of questions (Where are your source assets? Where should the compiled assets be placed? Which CSS pre-processor you wish to use? Etc.) and use your answers to generate the gulpfile.js.

After running the command you'll have a functioning gulpfile.js and the directory tree for your source assets under app/Resources/ (or wherever you decided to place them).

You can run the command with:

Or one of the following:

You can read about all available options with:

Feel free to take a look at the generated gulpfile.js. Even though the file is somewhat long, it should be straightforward to understand so you'll be able to adapt it to your use case, if need be.

You're done with setup!

In development, simply run the following command, and leave it running. Assets will be recompiled when changed and livereload will be triggered:

If you just want to build the assets but not watch for changes:

To build the assets for the production environment run:

Continue reading for information about the directory structure of your assets, how to reference compiled assets in your templates, how to use bower, deployment and more.

You're free to change this directory structure as you see fit but we recommend you use the default one. If you do change it, remember to update your gulpfile.js accordingly.

Here's an example of the directory structure of the source assets and the corresponding compiled assets:

Compiled assets are publicly visible so they must be stored in a directory under web/. By default, they're stored under web/assets.

To use a directory other than web/assets just modify your gulpfile.js accordingly:

You also need to make sure that your bundle configuration references the correct directory:

To reference an asset from a template, you do as you normally would, with Symfony's asset helper:

Note that you're referencing the compiled asset, from the web/assets directory, not the source asset.

This will automatically prefix, and when in production cache-bust, the URL so the previous call would ouput:

It's common that you need to reference images from your stylesheets. To do that, use the url() notation and the full path to the image, relative to web/assets/:

Remember that you're referencing the compiled asset, from the web/assets directory, not the source asset.

Never reference images in stylesheets with a relative path like ../images/foo.png. Relative paths make the code harder to reason about, are unnecessary and will be converted to the absolute path (i.e. ../ is stripped).

The compiled CSS would be:

Bower allows you to require frontend assets in a similar way to what Composer does for PHP packages. Instead of commiting third-party code to your repository, you simply add your dependencies to a bower.json file.

For example, if you wanted to use Bootstrap you would do:

The --save flag adds the dependency to bower.json

JavaScript and CSS assets installed with Bower are automatically compiled into web/assets/js/vendor.js and web/assets/css/vendor.css, respectively, along with their dependencies and in the correct order.

For information on how this works see Main files.

To reference the vendor.js file from your template:

And to reference the vendor.css file:

SASS or Less stylesheets installed with bower, as opposed to CSS assets, are not automatically compiled into web/assets/vendor.css. This is because they are meant to be used differently.

Depending on your use case, when requiring SASS or Less stylesheets you typically want one of the following:

The app/Resources/stylesheets/vendor.scss (or .less) file will be compiled and appended to web/assets/vendor.css (after any potential CSS that is automatically included from your Bower dependencies). This is useful when you simply want to compile some vendor stylesheet but don't need to use its mixins in your own stylesheets.

As an example, consider you wanted to use Font Awesome:

Then you need to specify that you're interested in its font assets:

For more information on why this is needed see Overriding a package's settings.

When using Font Awesome, you have to set the path to the fonts directory so that url() calls use the correct path. Since font assets required with Bower are automatically "compiled" into web/assets/fonts/, you would simply do:

If you now build your assets and look into web/assets/vendor.css you'll see Font Awesome's code, where the url() calls are something like:

Including in your own stylesheets

Following Font Awesome's example above, suppose you wanted to use its mixins in your stylesheet:

Note that this is just an example and not the correct usage of Font Awesome. In a real application you would never use the fa-icon mixin directly.

We're able to automatically generate the vendor.css and vendor.js files from bower.json because Bower packages, in their own bower.json, define their main files.

For example, if you look into Bootstrap's bower.json, you will see something like:

By parsing this file, we're able to automatically add the bootstrap.js file to our vendor.js.

However, as you can see above, Boostrap does not define bootstrap.css as a main file. If you wanted to automatically include bootstrap.css into your vendor.css, you would override the main files defined in Bootstrap's bower.json by adding the following to your own bower.json:

If you then build your assets you'll see that bootstrap.css is present in your vendor.css.

Dependencies in the same package

If you need to specify dependencies between Bower assets in a given package, you can do so in the overrides section of you bower.json.

You'll then find both files in your vendor.js, in the order you specified.

Sometimes you run into Bower packages that do not correctly specify dependencies in their bower.json.

As an example, suppose you wanted to use a foo package that requires jquery but does not specify that in their bower.json. You would install both packages using Bower:

And then setup the dependency in your bower.json:

This ensures that, in you vendor.js, jquery.js will appear before foo.js.

To build your assets for the production environment:

In production, CSS and JavaScript assets are minified and all assets are revisioned so that browsers don't use a stale version from cache (make sure you configure assets to never expire). As an example, if you have an images/foo.png file it will become something like images/foo-123abc.png where 123abc is the hash of the file's content.

So, how does this magic work? How can you do:

And have it output:

The answer is: by using a manifest file that maps the original filename to the filename with the hash appended. When you run gulp build --env production you will also get a manifest.json file that looks something like:

Using the manifest file to generate the URLs is disabled by default. You need to enable it for the production environment:

By default, the manifest is expected to be found under web/assets/manifest.json. If you need to change this, you would add the following to your app/config/config_prod.yml file:

Since an asset's filename will change if its content changes, you can safely tell browsers to cache all assets indefinitely. You can do that by having your webserver set the Expires header to a value in the far future, say one year.

If you're using nginx, you can do this by adding the following location block to the server configuration:

If using Apache, make sure you have mod_expires active and add the following to your configuration:

When serving assets from a Content Delivery Network, you want to use an absolute URL, for example:

You can do this with the following configuration:

You also want references between assets to use the absolute URL, like when referencing images from your stylesheets. In your gulpfile.js you can set an URL prefix to use in production as follows:

Livereload is enabled by default in development and disabled in production.

With Livereload enabled, all the requests that return a response with a closing body tag will have the following injected into the HTML, right before </body>:

If, for some reason, you need to change the URL, you can do so with the following configuration:

Note that the configuration should be added to app/config/config_dev.yml since it does not apply in other environments.

If you wish to not have the livereload script injected, you can do so with the following configuration:

Symfony has the notion of an asset package which allows you to group related assets together. For example, you could have an app package and an admin package which you reference as follows:

When the second argument to the asset() Twig helper is omitted, you're in fact using the default package:

This bundle overrides the default package in order for you to not to have to pass the second argument. If you're integrating this bundle into an existing application, which expects the asset() helper to behave as it usually does, you must disable this magic and explicitely specify a package to use:

This will ensure that existing asset() calls will keep functioning as expected and you can then progressively migrate to this bundle by using the mypackage package:

This bundle is all about Developer Experience so your feedback is essential for us, the community, to make it better. Every issue and Pull Request will be treated with respect.

If you decide to use this bundle, please consider opening issues if:

:star: Vim Frontend is a Vim configured for Front-end Developers. ...

Bundle to Integrate Webpack into Symfony ...

Would you tell us more about regularjack/frontend-bundle?