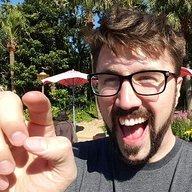 Run scripts based on file name, a selection of code, or by line number.

NOTE: Some grammars may require you to install a custom language package.

You only have to add a few lines in a PR to support another.

Search for script within package search in the Settings View.

Make sure to launch Atom from the console/terminal. This gives atom all your useful environment variables. Additionally, make sure to run it with the project path you need. For example, use

to get it to run with the current directory as the default place to run scripts from.

If you really wish to open atom from a launcher/icon, see this issue for a variety of workarounds that have been suggested.

Make sure to run atom from the command line to get full access to your environment variables. Running Atom from the icon will launch using launchctl's environment.

Script: Run will perform a "File Based" run when no text is selected (default).

Script: Run while text is selected will perform a "Selection Based" run executing just the highlighted code.

Script: Run by Line Number to run using the specified line number. Note that if you select an entire line this number could be off by one due to the way Atom detects numbers while text is selected.

Also, in this dialog you can save options as a profile for future use. For example, you can add two profiles, one for python2.7 and another for python3 and run scripts with a specified profile, which will be more convinient than entering options every time you want to switch python versions.

Script: Run with profile allows you to run scripts with saved profiles. Profiles can be added in Script: Run Options dialog.

Script: Kill Process will kill the process but leaves the pane open.

Script: Close View closes the pane and kills the process.

To kill everything, click the close icon in the upper right and just go back to coding.

Script: Copy Run Results copies everything written to the output pane to the clipboard, allowing you to paste it into the editor.

The following parameters will be replaced in any entry in args (command and program arguments). They should all be enclosed in curly brackets {}

Parameters are compatible with atom-build package.

This is an Open Open Source Project, which means:

Individuals making significant and valuable contributions are given commit-access to the project to contribute as they see fit.

As for coding and contributing, rely on the atom contributing guidelines. They're pretty sane.

This will clone the script repository to ~/github unless you set the ATOM_REPOS_HOME environment variable.

I already cloned it!

If you cloned it somewhere else, you'll want to use apm link --dev within the package directory, followed by apm install to get dependencies.

After pulling upstream changes, make sure to run apm update.

To start hacking, make sure to run atom --dev from the package directory. Cut a branch while you're working then either submit a Pull Request when done or when you want some feedback!

ironSource.atom SDK for Javascript at the browser ...

A script to monitor Atom feeds and create Growl notitifcations for new entries ...

Would you tell us more about rgbkrk/atom-script?