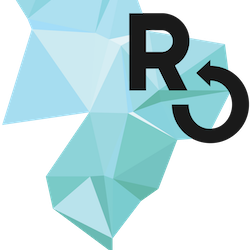 Do not edit this README by hand. See CONTRIBUTING.md.

Packages provide a mechanism for loading optional code, data, and documentation as needed. At the very minimum only a text editor and an R installation are needed for package creation. Nonetheless many useful tools and R packages themselves have been provided to ease or improve package development. This Task View focuses on these tools/R packages, grouped by topics.

The main reference for packages development is the “Writing R Extension” manual. For further documentation and tutorials, see the “Related links” section below.

If you think that some packages or tools are missing from the list, feel free to e-mail (thosjleeper at gmail dot com) me or contribute directly to the Task View by submitting a pull request on GitHub. Many thanks to Christopher Gandrud, Cristophe Dutang, Darren Norris, Dirk Eddelbuettel, Gabor Grothendieck, Gregory Jefferis, John Maindonald, Luca Braglia, Spencer Graves, Tobias Verbeke, and the R-core team for contributions.

Before starting a new package it’s worth searching for already available packages, both from a developer’s standpoint (“do not reinvent the wheel”) and from a user’s one (many packages implementing same/similar procedures can be confusing). If a package addressing the same functionality already exists, you may consider contributing at it instead of starting a new one.

When initializing a package, it is worth considering how it should be licensed. CRAN provides a list of the most commonly used software licences for R packages. osi (GitHub) provides a more comprehensive list in a standardized format.

Packages that have dependencies on other packages need to be vigilant of changes to the functionality, behaviour, or API of those packages.

Writing packages that involve compiled code requires a developer toolchain. If developing on Windows, this requires Rtools, which is updated with each R minor release.

Package documentation is written in a TeX-like format as .Rd files that are stored in the man subdirectory of a package. These files are compiled to plain text, HTML, or PDF by R as needed.

Package vignettes provides additional documentation of package functionality that is not tied to a specific function (as in an .Rd file). Historically, vignettes were used to explain the statistical or computational approach taken by a package in an article-like format that would be rendered as a PDF document using Sweave. Since R 3.0.0, non-Sweave vignette engines have also been supported, including knitr, which can produce Sweave-like PDF vignettes but can also support HTML vignettes that are written in R-flavored markdown. To use a non-Sweave vignette engine, the vignette needs to start with a code block indicating the package and function to be used:

Many hosting services are available. Use of different hosts depends largely on what type of version control software is used to maintain a package. The most common sites are:

Would you tell us more about ropensci/PackageDevelopment?