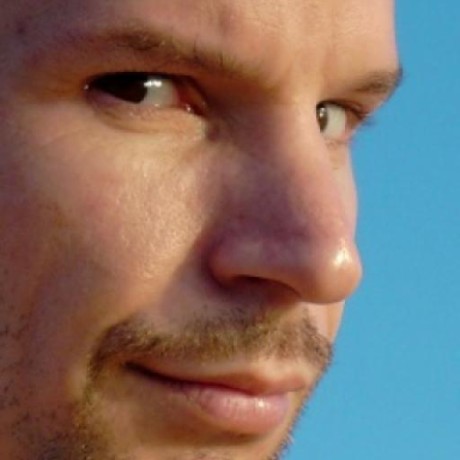 persistence.js is a simple asynchronous Javascript object-relational mapper library. In the browser it works with HTML5 SQLite databases as well as Google Gears' local data store. On the server-side we are working on different back-ends. Currently there i

persistence.js is a asynchronous Javascript object-relational mapper library. It can be used both in the web browser and on the server using node.js. It currently supports 4 types of data stores:

There is also an experimental support for Qt 4.7 Declarative UI framework (QML) which is an extension to JavaScript.

For browser use, persistence.js has no dependencies on any other frameworks, other than the Google Gears initialization script, in case you want to enable Gears support.

There are a few persistence.js plug-ins available that add functionality:

A Brief Intro to Async Programming

In browsers, Javascript and the web page’s rendering engine share a single thread. The result of this is that only one thing can happen at a time. If a database query would be performed synchronously, like in many other programming environments like Java and PHP the browser would freeze from the moment the query was issued until the results came back. Therefore, many APIs in Javascript are defined as asynchronous APIs, which mean that they do not block when an “expensive” computation is performed, but instead provide the call with a function that will be invoked once the result is known. In the meantime, the browser can perform other duties.

For instance, a synchronous database call call would look as follows:

The execution of the first statement could take half a second, during which the browser doesn’t do anything else. By contrast, the asynchronous version looks as follows:

Note that there will be a delay between the db.query call and the result being available and that while the database is processing the query, the execution of the Javascript continues. To make this clear, consider the following program:

Although one could assume this would print “hello”, followed by “world”, the result will likely be that “world” is printed before “hello”, because “hello” is only printed when the results from the query are available. This is a tricky thing about asynchronous programming that a Javascript developer will have to get used to.

Using persistence.js in the browser

(The following is being worked on:) Internet Explorer is likely not supported (untested) because it lacks __defineGetter__ and __defineSetter__ support, which persistence.js uses heavily. This may change in IE 8.

To use persistence.js you need to clone the git repository:

You need to explicitly configure the data store you want to use, configuration of the data store is store-specific. The WebSQL store (which includes Google Gears support) is configured as follows:

The first argument is always supposed to be persistence. The second in your database name (it will create it if it does not already exist, the third is a description for you database, the last argument is the maximum size of your database in bytes (5MB in this example).

If you’re using the in-memory store, you can configure it as follows:

A data model is declared using persistence.define. The following two definitions define a Task and Category entity with a few simple properties. The property types are based on SQLite types, specifically supported types are (but any SQLite type is supported):

The returned values are constructor functions and can be used to create new instances of these entities later:

The defined entity definitions are synchronized (activated) with the database using a persistence.schemaSync call, which takes a callback function (with a newly created transaction as an argument), that is called when the schema synchronization has completed, the callback is optional.

There is also a migrations plugin you can check out, documentation can be found in persistence.migrations.docs.md file.

You can also define mix-ins and apply them to entities of the model.

A mix-in definition is similar to an entity definition, except using defineMixin rather than just define. For example:

You can define relationships between mix-in and entities. For example:

Once you have defined a mix-in, you can apply it to any entity of your model, with the Entity.is(mixin) method. For example:

Now, your Project and Task entities have an additional lastAnnotated property. They also have a one to many relationship called notes to the Note entity. And you can also traverse the reverse relationship from a Note to its annotated object.

Note that annotated is a polymorphic relationship as it may yield either a Project or a Task (or any other entity which is `Annotatable’).

Note: Prefetch is not allowed (yet) on a relationship that targets a mixin. In the example above you cannot prefetch the annotated relationship when querying the Note entity.

Notes: this feature is very experimental at this stage. It needs more testing. Support for “is a” relationships (classical inheritance) is also in the works.

New objects can be instantiated with the constructor functions. Optionally, an object with initial property values can be passed as well, or the properties may be set later:

One-to-many and many-to-many relationships are access and manipulated through the QueryCollection API that will be discussed later:

Similar to hibernate, persistence.js uses a tracking mechanism to determine which objects’ changes have to be persisted to the datase. All objects retrieved from the database are automatically tracked for changes. New entities can be tracked to be persisted using the persistence.add function:

Objects can also be removed from the database:

For convenience, it is also possible to not specify a transaction or callback, in that case a new transaction will be started automatically. For instance:

Note that when no callback is defined, the flushing still happens asynchronously.

Important: Changes and new objects will not be persisted until you explicitly call persistence.flush(). The exception to this rule is using the list(...) method on a database QueryCollection, which also flushes first, although this behavior may change in the future.

The library supports two kinds of dumping and restoring data.

persistence.dump can be used to create an object containing a full dump of a database. Naturally, it is adviced to only do this with smaller databases. Example:

The tx is left out, a new transaction will be started for the operation. If the second argument is left out, dump defaults to dumping all defined entities.

The dump format is:

persistence.load is used to restore the dump produced by persistence.dump. Usage:

The tx argument can be left out to automatically start a new transaction. Note that persistence.load does not empty the database first, it simply attempts to add all objects to the database. If objects with, e.g. the same ID already exist, this will fail.

Similarly, persistence.loadFromJson and persistence.dumpToJson respectively load and dump all the database’s data as JSON strings.

The constructor function returned by a persistence.define call cannot only be used to instantiate new objects, it also has some useful methods of its own:

And of course the methods to define relationships to other entities:

Entity instances also have a few predefined properties and methods you should be aware of:

Query collections are returned by:

Using persistence.js on the server

An example node.js application is included in test/node-blog.js.

You need to require two modules, the persistence.js library itself and the MySQL backend module.

Then, you configure the database settings to use:

Subsequently, for every connection you handle (assuming you’re building a sever), you call the persistenceStore.getSession() method:

This session is what you pass around, typically together with a transaction object. Note that currently you can only have one transaction open per session and transactions cannot be nested.

You can override this behavior and enable explicit commit and rollback by passing true as first argument to persistence.transaction. You can then use the following two methods to control the transaction:

Explicit commit and rollback is only supported on MySQL (server side) for now.

Defining your data model is done in exactly the same way as regular persistence.js:

A schemaSync is typically performed as follows:

Creating and manipulating objects is done much the same way as with regular persistence.js, except that in the entity’s constructor you need to reference the Session again:

Query collections work the same way as in regular persistence.js with the exception of the Entity.all() method that now also requires a Session to be passed to it:

After usage, you need to close your session:

If you find a bug, please report it. or fork the project, fix the problem and send me a pull request. For a list of planned features and open issues, have a look at the issue tracker.

For support and discussion, please join the persistence.js Google Group.

Thanks goes to the people listed in AUTHORS for their contributions.

If you use GWT (the Google Web Toolkit), be sure to have a look at Dennis Z. Jiang’s GWT persistence.js wrapper.

You can support this project by flattering it:

persistence.js is an asynchronous Javascript database mapper library. You can use it in the browser, as well on the server (and you can share data models between them). ...

persistence.js is a simple asynchronous Javascript object-relational mapper library. In the browser it works with HTML5 SQLite databases as well as Google Gears' local data store. On the server-side we are working on different back-ends. Currently there i ...

persistence.js is a simple asynchronous Javascript object-relational mapper library. In the browser it works with HTML5 SQLite databases as well as Google Gears' local data store. On the server-side we are working on different back-ends. Currently there i ...

BackboneJS with PersistenceJS as a web/local store (based on https://github.com/dmfrancisco/Desligado initial work). The current code is for client side only and supports multiple entities instead of single entity in original source ...

Would you tell us more about rsaccon/persistencejs?