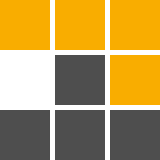 Read our contributing guide if you’re looking to contribute.

pnpm uses hard links and symlinks to save one version of a module only ever once on a disk. When using npm or yarn for example, if you have 100 packages using lodash, you will have 100 copies of lodash on disk. With pnpm, lodash will be saved in a single place on the disk and a hard link will put it into the node_modules where it should be installed.

As a result, you save gigabytes of space on your disk and you have a lot faster installations! If you’d like more details about the unique node_modules structure that pnpm creates and why it works fine with the Node.js ecosystem, read this small article: Why should we use pnpm?

Install it via npm.

Do you wanna use pnpm on CI servers? See: Continuous Integration.

Use pnpm in place of npm. It overrides pnpm i, pnpm install and some other command, the rest will pass through to npm.

pnpm uses npm’s programmatic API to read configs. Hence, you should set configs for pnpm the same way you would for npm.

Furthermore, pnpm uses the same configs that npm uses for doing installations. If you have a private registry and npm is configured to work with it, pnpm should be able to authorize requests as well, with no additional configuration.

However, pnpm has some unique configs as well:

The location where all the packages are saved on the disk.

The location of all the downloaded packages and package meta information. Can be also used as a verdaccio storage.

If true, pnpm will use only the local registry mirror to get packages. If a package won’t be found locally, the installation will fail.

Controls the maximum number of HTTP requests that can be done simultaneously.

Dangerous! If false, the store is not locked. It means that several installations using the same store can run simultaneously.

If you experience issues similar to the ones described in #594, use this option to disable locking. In the meanwhile, we’ll try to find a solution that will make locking work for everyone.

pnpm is usually 10 times faster than npm and 30% faster than yarn. See this benchmark which compares the three package managers on different types of applications.

Got an idea for workarounds for these issues? Share them.

Why does my node_modules folder use disk space if packages are stored in a global store?

pnpm creates hard links from the global store to project’s node_modules folders. Hard links point to the same place on the disk where the original files are. So, for example, if you have foo in your project as a dependency and it occupies 1MB of space, then it will look like it occupies 1MB of space in the project’s node_modules folder and the same amount of space in the global store. However, that 1MB is the same space on the disk addressed from two different locations. So in total foo occupies 1MB, not 2MB.

For more on this subject: Why do hard links seem to take the same space as the originals?

Would you tell us more about rstacruz/pnpm?