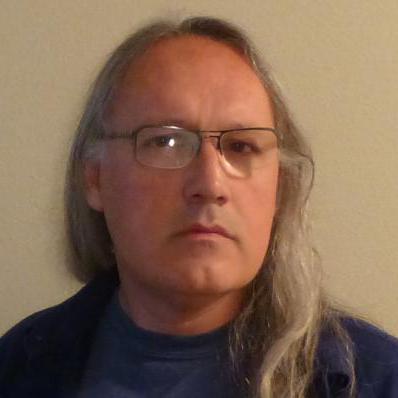 This is a multiplayer networked spaceship bridge simulator game inspired by another game called “Artemis Spaceship Bridge Simulator” It’s not really close to finished, but it’s more or less playable at this point.

If you would like to help work on this project, see CONTRIBUTING.md

IF YOU ARE IN A HURRY TO TRY OUT THE GAME

Step 0: Build the game from source. (or alternately, see instructions for building debian package, way down below)

The “quickstart” script will start both a client process with all stations enabled and server process on a single computer. This is generally how I run the game when developing as it is the easiest. It may take awhile to start up depending on how fast your computer is. Once the game starts up (you should see a space scene), use the function keys “F1”, “F2”, etc. to switch between the various stations on your client.

Step 2. Press F4, then turn on power to systems in the ship

Initially, your ship has no power, all systems are turned off. So press F4 to go to the Engineering station and click with the mouse on the square with a “1” in it. This button is “preset 1” and it will turn on power to almost all of the systems on the ship. You can also adjust the sliders for power and coolant to each system individually if you want, but for now, Preset 1 gets things going quickly.

Once you’ve powered up the ship’s systems, press F2 to go to the Navigation station. Click on the throttle slider on the upper right hand to give the ship’s engines some gas and get things moving. From here, you can use the arrow keys (or AWSD keys) to yaw the ship left and right, pitch it up and down. Additionally Q and E roll left and right, respectively.

Step 4. Press F8 and look out the main viewscreen

Press F8 to go to the main viewscreen. The keys to control the ship’s movement also work on this screen just as they do on the navigation screen.

Press F3 to go to the weapons screen. The arrow keys or the mouse control where the guns point. Left and right mouse buttons fire phasers and torpedoes. Do not anger the local law enforcement.

There are three parts.

The 2nd and 3rd parts are the client and server portions of Space Nerds In Space. They are licensed together under the GNU GPL v. 2 or (at your option) later versions.

If those lines are missing from /etc/services, port 2419 will be assumed.

The sequence to run this thing is:

a) start snis_client (several instances, one per bridge station per team) b) From one of the clients, start the lobby server, and a game server. c) For each client, select the role. Selecting no roles is the same as selecting all roles. d) Connect the clients to the lobby, and then from there connect to the game server. Each client should use the ship name and password for the team they are on (this is just something the players make up and agree upon. There should be one shipname/password combo for each “team”, or starship, in the simulation.

2) press function keys f1,f2,f3,f4,f5,f6, etc. on each client to switch between the roles that station fulfills.

How to run the game without a lobby server (without ssgl_server). This may be useful for getting through firewalls, etc., not that I expect the game plays very well over the internet – it is a LAN game, fundamentally.

Note, you still have to give snis_server 4 arguments – all pertaining to the lobby server, but since SNISSERVERNOLOBBY is set, it won’t do anything with those args. (I should clean up the argument handling of snis_server some day.)

Note that “localhost”, 127.0.0.1, etc generally will not work for the SERVERHOST. This is because the game attempts to figure out which interface an internet bound packet would exit, and listens on that interface for incoming connections and not on all interfaces. 127.0.0.1 is on the loopback interface, and internet bound packets do not exit on the looback interface, so the game does not listen for connections on 127.0.0.1. So if you’re running the server on the same host as the client, you need to set SERVERHOST to the real IP address of the host (e.g. examine output of “ifconfig -a”)

The instructions below are from Iván Sánchez Ortega. I have not tried them myself. Note also the dependencies listed in debian/control are likely to be a little out of date. If you find that to be tghe case, feel free to send me a patch to update that.

*Note: I have doubts that just essentially dumping “git log –oneline” output into the Debian changelog is really the right thing to do, though I might be wrong. – steve

That’s about all the instructions I have for now.

Logfiles: by default, /dev/null is used as a log file.

Some environment variables can cause some network related logging:

Some other environment variables influence the level of logging:

lower values means more logging (yes, that’s backwards and I should fix it.)

Would you tell us more about smcameron/space-nerds-in-space?