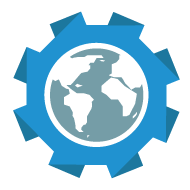 An open source alternative for native maps on Android. This library lets you use Mapbox, OpenStreetMap, and other tile sources in your app, as well as overlays like GeoJSON data and interactive tooltips.

This is a fork of osmdroid, so the entire core is open source: it doesn't depend on the Google Maps SDK or any components outside of AOSP that would require the Google Play Store.

To install the current stable version add this to your build.gradle:

To install the current SNAPSHOT version add this to your build.gradle:

For a full example Android project incorporating the SDK in this manner, please see the Mapbox Dev Preview app.

At any given time there will be 3 different versions of the SDK to use. You're welcome to use whichever one makes the most sense for your project, just be aware that each comes with a different level of stability.

Download and include the mapbox-android-sdk.aar file and all artifacts (.aar, .jar files, and Android support / compatibility libraries listed) listed in MapboxAndroidSDK / build.gradle. For those new to Gradle the artifacts are listed in the dependencies block. These will change over time so please check back regularly.

The Mapbox Android SDK is also packaged as a .apklib file. This allows integration with older tools (Eclipse) that don't support the .aar format yet. In order to make this work the project will need to make use of Maven, and it the case of Eclipse the M2Eclipse Maven plugin. From there configure the Maven pom.xml to include the following dependency:

For more information on how to use Maven and Eclipse together please see Sonatype's Developing with Eclipse and Maven tutorial.

The best way to make sure that the Mapbox Android SDK is setup properly (as well as updated as new versions are released) is to make use of Gradle or Maven as documented above. However, if that's not possible the Mapbox Android SDK can also be added to the project by hardcoding it in. Please note that this is extremely brittle and not scalable. Here's the steps:

Building from source means you get the very latest version of our code. The first step is to clone the repository to a directory in your system

We use Gradle as a configuration and build tool: to use it with your IDE, import the project by selecting build.gradle in the project root directory as the project file.

Don't worry about installing Gradle on your system if you don't already have it: the project makes use of Gradle Wrapper, so a correct & current project version of Gradle will automatically be installed and used to run the builds. To use the Gradle wrapper just look for gradlew or gradlew.bat (Windows) in the project's main directory. For example:

Then you can build an archive:

Don't forget to then also include the dependencies from MapboxAndroidSDK / build.gradle in your classpath!

This project is a fork of OSMDroid, but is significantly different as the result of major refactoring and rethinking.

The project's master branch is actually mb-pages. There is no branch named master nor will there be. The reason for it is that it allows some automatic processing and publishing of documentation behind the scenes. In practice this shouldn't affect anybody wanting to contribute, but is something that will probably seem a bit "different" to newcomers. Anyway, that's what's going on. If you'd like more information please see #404 .

Would you tell us more about spatialdev/mapbox-android-sdk?