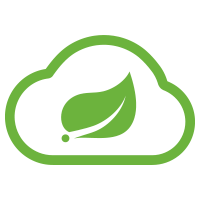 // Do not edit this file (e.g. go instead to src/main/asciidoc)

This project provides Zookeeper integrations for Spring Boot apps through autoconfiguration and binding to the Spring Environment and other Spring programming model idioms. With a few simple annotations you can quickly enable and configure the common patterns inside your application and build large distributed systems with Zookeeper based components. The patterns provided include Service Discovery and Configuration. Intelligent Routing (Zuul) and Client Side Load Balancing (Ribbon), Circuit Breaker (Hystrix) are provided by integration with Spring Cloud Netflix.

To build the source you will need to install JDK {jdkversion}.

Spring Cloud uses Maven for most build-related activities, and you should be able to get off the ground quite quickly by cloning the project you are interested in and typing

NOTE: You can also install Maven (>=3.3.3) yourself and run the mvn command in place of ./mvnw in the examples below. If you do that you also might need to add -P spring if your local Maven settings do not contain repository declarations for spring pre-release artifacts.

NOTE: Be aware that you might need to increase the amount of memory available to Maven by setting a MAVEN_OPTS environment variable with a value like -Xmx512m -XX:MaxPermSize=128m. We try to cover this in the .mvn configuration, so if you find you have to do it to make a build succeed, please raise a ticket to get the settings added to source control.

For hints on how to build the project look in .travis.yml if there is one. There should be a “script” and maybe “install” command. Also look at the “services” section to see if any services need to be running locally (e.g. mongo or rabbit). Ignore the git-related bits that you might find in “before_install” since they’re related to setting git credentials and you already have those.

The projects that require middleware generally include a docker-compose.yml, so consider using http://compose.docker.io/[Docker Compose] to run the middeware servers in Docker containers. See the README in the https://github.com/spring-cloud-samples/scripts[scripts demo repository] for specific instructions about the common cases of mongo, rabbit and redis.

NOTE: If all else fails, build with the command from .travis.yml (usually ./mvnw install).

The spring-cloud-build module has a “docs” profile, and if you switch that on it will try to build asciidoc sources from src/main/asciidoc. As part of that process it will look for a README.adoc and process it by loading all the includes, but not parsing or rendering it, just copying it to ${main.basedir} (defaults to ${basedir}, i.e. the root of the project). If there are any changes in the README it will then show up after a Maven build as a modified file in the correct place. Just commit it and push the change.

=== Working with the code If you don’t have an IDE preference we would recommend that you use http://www.springsource.com/developer/sts[Spring Tools Suite] or http://eclipse.org[Eclipse] when working with the code. We use the http://eclipse.org/m2e/[m2eclipe] eclipse plugin for maven support. Other IDEs and tools should also work without issue as long as they use Maven 3.3.3 or better.

==== Importing into eclipse with m2eclipse We recommend the http://eclipse.org/m2e/[m2eclipe] eclipse plugin when working with eclipse. If you don’t already have m2eclipse installed it is available from the “eclipse marketplace”.

NOTE: Older versions of m2e do not support Maven 3.3, so once the projects are imported into Eclipse you will also need to tell m2eclipse to use the right profile for the projects. If you see many different errors related to the POMs in the projects, check that you have an up to date installation. If you can’t upgrade m2e, add the “spring” profile to your settings.xml. Alternatively you can copy the repository settings from the “spring” profile of the parent pom into your settings.xml.

==== Importing into eclipse without m2eclipse If you prefer not to use m2eclipse you can generate eclipse project metadata using the following command:

The generated eclipse projects can be imported by selecting import existing projects from the file menu.

Spring Cloud is released under the non-restrictive Apache 2.0 license, and follows a very standard Github development process, using Github tracker for issues and merging pull requests into master. If you want to contribute even something trivial please do not hesitate, but follow the guidelines below.

=== Sign the Contributor License Agreement Before we accept a non-trivial patch or pull request we will need you to sign the https://cla.pivotal.io/sign/spring[Contributor License Agreement]. Signing the contributor’s agreement does not grant anyone commit rights to the main repository, but it does mean that we can accept your contributions, and you will get an author credit if we do. Active contributors might be asked to join the core team, and given the ability to merge pull requests.

=== Code of Conduct This project adheres to the Contributor Covenant https://github.com/spring-cloud/spring-cloud-build/blob/master/docs/src/main/asciidoc/code-of-conduct.adoc[code of conduct]. By participating, you are expected to uphold this code. Please report unacceptable behavior to [email protected]

=== Code Conventions and Housekeeping None of these is essential for a pull request, but they will all help. They can also be added after the original pull request but before a merge.