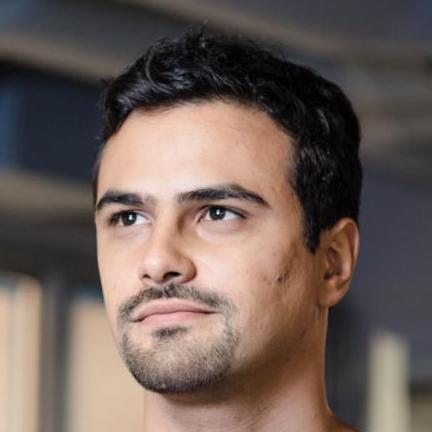 A fractal state management tool for Cycle.js applications. onionify creates a wrapped main function, where the wrapped result will have a top-level state stream, and will pass that down to the actual main function. Onionify is a component wrapper, not a driver. This way, your application state won’t live in a driver, because the wrapped main is still just a Cycle.js app that can be given to Cycle.run.

State stream as source, reducer stream as sink. Your main function can expect a StateSource object under sources.onion, and is supposed to return a stream of reducer functions under sinks.onion.

“Fractal” means that every component in the hierarchy is built in the same way as the top-level main function is built. As a consequence, there is no absolute “global” state, since every component treats its state management relative to its parent. The top-most component will have onionify as its parent.

Simpler parent-child state coordination. Traditional Cycle.js state management with props$ and state$ is hard to grok and easy to shoot yourself in the foot. With onion-layered state, there is no distinction between props and state because both are encoded in the large state tree. If the parent needs to send “props” to a child, it can just directly update the child’s state.

Familiar technique: reducer functions and a single state atom. Like Redux and the Elm architecture, onionify allows you to contain all of your application state in one large tree of objects and arrays. To update any part in that state tree, you write reducer functions: pure functions that take previous state as argument and return new state.

Fractal, like most Cycle.js apps should be. Unlike Redux, there is no global entity in the onion state architecture, except for the usage of the onionify function itself, which is one line of code. The onion state architecture is similar to the Elm architecture in this regard, where any component is written in the same way without expecting any global entity to exist. As a result, you gain reusability: you can take any component and run it anywhere else because it’s not tied to any global entity. You can reuse the component in another Cycle.js onionified app, or you can run the component in isolation for testing purposes without having to mock any external dependency for state management (such as a Flux Dispatcher).

Does not require IDs to manage a list of components. In Redux, Elm arch, traditional Cycle.js, and Stanga, to manage a collection of components (such as a dynamic to-do list), you need to issue unique IDs and manage them when reducers need to update a particular entry. In Redux TodoMVC, this is id: state.reduce((maxId, todo) => Math.max(todo.id, maxId), -1) + 1, and in Elm TodoMVC, this is { model | uid = model.uid + 1}. In onionify, to manage arrays in the state tree you do not need ID numbers at all. For instance, a to-do entry component can delete itself from the list using a reducer that returns undefined as the new state. See the source code for TodoMVC Cycle.js onionified.

How to set up

xstream v6 is a hard dependency. If you use npm v3 (you should), this should not create multiple instances of xstream in node_modules, since most Cycle.js packages are using xstream v6 too.

Import and call onionify on your main function (the top-most component in your app):

How to read state and update state

If you have onionified your main function, it can now expect to have sources.onion. This is not a simple stream, it is a “StateSource” object, which is necessary to support isolation. The most important thing to know about this object is that it has the state$ property. Then, your main function can return a stream of reducer functions under sinks.onion:

How to initialize state

State is initialized also with a reducer. This is different to Redux and Elm where the initial state is a separate entity. With onionify, just create an initReducer$ and send that to sinks.onion.

How to compose nested components

To use a child component in another component, where both use onionified state, you should use the isolate() helper function from @cycle/isolate. Suppose the shape of state in the parent component is:

Where the child component is:

How to provide default state for a nested component

To accomplish that, we can modify the initReducer$ of the child component, and turn it into a defaultReducer$:

It is a good idea to use a defaultReducer$ instead of an initialReducer$, as a rule of thumb.

How to handle a dynamic list of nested components

Suppose your parent component’s state is an array:

Each object { count: i } in the array can become the state object for a child component. We need to call the Child component with isolate, and passing a unique isolation scope for each. To do that, we can just use the indices of the array items.

This may seem like a complex structure, but all you need to know is that childrenSinks$ contains all sinks for all children components. Onionify provides helpers to easily handle them: custom xstream operators pick and mix.

Suppose you want to get all reducers from all children and merge them together. First you “pick” the onion sink from each child sink (this is similar to lodash get or pick), then the outcome will be a stream of arrays, where array items are reducer streams. Second, you merge all those onion sinks together with mix(xs.merge), to get a simple stream of reducers.

Then, you can merge the children reducers with the parent reducers (if there are any), and return those from the parent:

This same pattern above should be used in most cases where you need to pick the onion sink from each child and merge them. However, mix() allows you to use not only merge, but also combine. This is useful when combining all children DOM sinks together as one array:

Depending on the type of sink, you may want to use the merge strategy or the combine strategy. Usually merge is used for reducers and combine for Virtual DOM streams. In the more general case, merge is for events and combine is for values-over-time (“signals”).

To add a new child instance, the parent component just needs to concatenate the state array, like we did with this reducer in the parent:

To delete a child instance, the child component to be deleted can send a reducer which returns undefined. This will tell the onionify internals to remove that piece of state from the array, and ultimately delete the child instance and its sinks too.

See the example code at examples/advanced for more details.

How to choose a different key other than onion

If you want to choose what key to use in sources and sinks (the default is onion), pass it as the second argument to onionify:

How to use it with TypeScript

We recommend that you export these types for every component: Action, State, Reducer, Source, Sinks. Below is an example of what these types usually look like:

The StateSource type comes from onionify and you can import it as such:

Then, you can compose nested state types:

See some example code at examples/advanced for more details.

Are there any caveats?

There are some caveats. Removing the distinction state vs props means that these two concepts are conflated, and both parent and child have direct access to modify the state for the child. This may lead to cases where you read the source code for the child component, but cannot be sure how does that state behave over time, since the parent may be modifying it dynamically and concurrently. Even though we use immutability, this is a type of shared-memory concurrency. It also loses some reactive programming properties, since according to reactive programming, the entire behavior of state$ should be declared in one line of code.

The state vs props distinction makes the parent-child boundary explicit, making it possible for the child component to regulate which props from the parent does it allow or reject. With onionify, the child cannot protect its state from being tampered by the parent in possibly undesireable ways.

That said, state vs props management is too hard to master with Cycle.js (and also in vanilla React). Most of the times state vs props explicit distinction is unnecessary. This caveat in Onionify also happens with Elm nested update functions and Om through cursors. In practice, the developer should just be careful to avoid invasive child state updates from the parent. Try to contain all child state updates in the child component, while occasionally allowing the parent to update it too.

Does it support RxJS or most.js?

No, not yet. It only supports xstream. However, for the time being, you could try to implement onionify on your own, since it’s just less than 100 lines of code. In the long run, we want to build Cycle Unified which could allow running this tool with RxJS or most.js.

No, not yet. It only supports JavaScript objects and arrays. However, supporting Immutable.js is very important to us and we want to do it, either directly supporting it in this library, or building another onionify library just for Immutable.js. Let’s see.

How does this fit with Model-View-Intent (MVI)?

Very well. Model would hold the definitions for the reducer streams, and return that as one reducer$ stream. Model would not return state$, as it would traditionally. Overall, onionify works well with the MVI pattern:

How does this work?

Read the source. It’s less than 100 lines of code, and probably quicker to read the source than to explain it in words.

Why is this not official in Cycle.js?

If all goes well, eventually this will be an official Cycle.js practice. For now, we want to experiment in the open, collect feedback, and make sure that this is a solid pattern. There are other approaches to state management in Cycle.js and we want to make sure the most popular one ends up being the official one.

How does this compare to Stanga?

How does this compare to Redux?

How does this compare to the Elm architecture?

How does this compare to ClojureScript Om?

Would you tell us more about staltz/cycle-onionify?