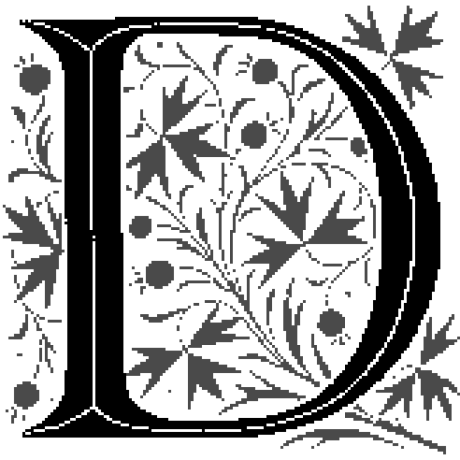 Inherited Resources speeds up development by making your controllers inherit all restful actions so you just have to focus on what is important.

Inherited Resources speeds up development by making your controllers inherit all restful actions so you just have to focus on what is important. It makes your controllers more powerful and cleaner at the same time.

Plus, making your controllers follow a pattern, it helps you to write better code by following fat models and skinny controllers convention. There are two screencasts available besides this README:

You can let bundler install Inherited Resources by adding this line to your application's Gemfile:

If you want to use the Rails 2.3.x version, you should install:

Or checkout from the v1.0 branch:

has_scope gem is available at:

And can be installed as:

And it can be installed as:

Using responders will set the flash message to :notice and :alert. You can change that through the following configuration value:

To use Inherited Resources you just have to inherit (duh) it:

And all actions are defined and working, check it! Your projects collection (in the index action) is still available in the instance variable @projects and your project resource (all other actions) is available as @project.

The next step is to define which mime types this controller provides:

You can also specify them based per action:

For each request, it first checkes if the "controller/action.format" file is available (for example "projects/create.xml") and if it's not, it checks if the resource respond to :to_format (in this case, :to_xml). Otherwise returns 404.

Another option is to specify which actions the controller will inherit from the InheritedResources::Base:

In your views, you will get the following helpers:

As you might expect, collection (@projects instance variable) is only available on index actions.

If for some reason you cannot inherit from InheritedResources::Base, you can call inherit_resources in your controller class scope:

Whenever you inherit from InheritedResources, several defaults are assumed. For example you can have an AccountsController to account management while the resource is an User:

In the case above, in your views you will have @users and @user variables, but the routes used will still be accounts_url and account_url. If you plan also to change the routes, you can use :route_collection_name and :route_instance_name.

Namespaced controllers work out of the box, but if you need to specify a different route prefix, you can do the following:

If you want to customize how resources are retrieved you can overwrite collection and resource methods. The first is called on index action and the second on all other actions. Let's suppose you want to add pagination to your projects collection:

The end_of_association_chain returns your resource after nesting all associations and scopes (more about this below).

You can deal with it just doing:

Let's suppose that after destroying a project you want to redirect to your root url instead of redirecting to projects url. You just have to do:

You are opening your action and giving the parent action a new behavior. On the other hand, I have to agree that calling super is not very readable. That's why all methods have aliases. So this is equivalent:

Even more, since most of the times when you change a create, update or destroy action is because you want to to change to where it redirects, a shortcut is provided. So you can do:

If you simply want to change the flash message for a particular action, you can pass the message to the parent action using the keys :notice and :alert (as you would with flash):

You can still pass the block to change the redirect, as mentioned above:

Now let's suppose that before create a project you have to do something special but you don't want to create a before filter for it:

Yes, that simple! The nice part is since you already set the instance variable @project, it will not build a project again.

Before we finish this topic, we should talk about one more thing: "success/failure blocks". Let's suppose that when we update our project, in case of failure, we want to redirect to the project url instead of re-rendering the edit template.

Our first attempt to do this would be:

Looks to verbose, right? We can actually do:

Although the syntax above is a nice shortcut, you won't need to do it frequently because (since version 1.2) Inherited Resources has smart redirects. Redirects in actions calculates depending on the existent controller methods.

This controller redirect to parent window after all CUD actions.

== Success and failure scenarios on destroy

Finally, our Projects are going to get some Tasks. Then you create a TasksController and do:

belongs_to accepts several options to be able to configure the association. For example, if you want urls like /projects/:project_title/tasks, you can customize how InheritedResources find your projects:

Now, our Tasks get some Comments and you need to nest even deeper. Good practices says that you should never nest more than two resources, but sometimes you have to for security reasons. So this is an example of how you can do it:

If you need to configure any of these belongs to, you can nest them using blocks:

Warning: calling several belongs_to is the same as nesting them:

In other words, the code above is the same as calling nested_belongs_to.

We can go even further. Let's suppose our Projects can now have Files, Messages and Tasks, and they are all commentable. In this case, the best solution is to use polymorphism:

You can even use it with nested resources:

The url in such cases can be:

When using polymorphic associations, you get some free helpers:

Right now, Inherited Resources is limited and does not allow you to have two polymorphic associations nested.

Later you decide to create a view to show all comments, independent if they belong to a task, file or message. You can reuse your polymorphic controller just doing:

This will handle all those urls properly:

This is treated as a special type of polymorphic associations, thus all helpers are available. As you expect, when no parent is found, the helpers return:

Now we are going to add manager to projects. We say that Manager is a singleton resource because a Project has just one manager. You should declare it as has_one (or resource) in your routes.

To declare an association as singleton, you just have to give the :singleton option.

It will deal with everything again and hide the action :index from you.

Namespaced controllers works out the box.

Inherited Resources prioritizes the default resource class for the namespaced controller in this order:

When you use InheritedResources it creates some URL helpers. And they handle everything for you. :)

Those urls helpers also accepts a hash as options, just as in named routes.

In polymorphic cases, you can also give the parent as parameter to collection_url.

Another nice thing is that those urls are not guessed during runtime. They are all created when your application is loaded (except for polymorphic associations, that relies on Rails polymorphic_url).

Since version 1.2, Inherited Resources allows you to define custom actions in controller:

This code creates delete and search actions in controller (they behaves like show and index actions accordingly). Also, it will produce deleteresource{path,url} and searchresources{path,url} url helpers.

Sometimes just DRY the controllers is not enough, if you need to DRY up your views, check this Wiki page:

For those DSL lovers, InheritedResources won't leave you alone. You can overwrite your success/failure blocks straight from your class binding. For it, you just need to add a DSL module to your application controller:

And then you can rewrite the last example as:

If you discover any bugs, please describe it in the issues tracker, including Rails and Inherited Resources versions.

Questions are better handled on StackOverflow.

Would you tell us more about thedarkone/inherited_resources?