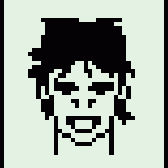 Seakale is a set of libraries to write pure code interacting with a SQL database. The goal is for this code to be testable but running it a different interpreter mocking the database calls. The base package seakale provides the generic function and is backend agnostic. For now, there is only seakale-postgresql to actually connect to the database and run the requests. For tests, you can use seakale-tests which allows you to create mocks and provide you with an alternative way of running the code.

These two type classes are used to parse and write values of their type from/to the database. Whether you are using Request or the other two, you should define instances for your types.

Note that they track the number of columns consumed by the value at the type-level.

Also, you can use generics to avoid having to write the instances.

This is the simplest one in which you can send custom SQL request to the database. The module exports functions such as query and returning. This is a lower-level interface to the database.

Select allows you to send SELECT request as its name indicates while Store is an extension of Select which adds INSERT, UPDATE and DELETE requests. This is so you can mark some of your code as read-only like the following. Notice how someOtherAction can call someReadOnlyAction.

The functions for those monads are designed to work with types instantiating Storable. These types have an associated type for their identifier and a corresponding relation. See this example.

In addition to simple SELECT requests, you can select on (arbitrarily nested) joins. Supported joins are LEFT JOIN, RIGHT JOIN, INNER JOIN and FULL JOIN. Note you should be in a monad instantiating MonadSelect.

There are a few examples in the directory demo/ of the repository.

Packages such as seakale-postgresql export monads and functions such as Request and runRequest.

The package seakale-tests exports such functions which take a mock of the database so the tests run in a pure environment.

Would you tell us more about thoferon/seakale?