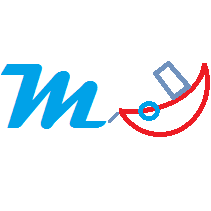 It has 3 concepts: TUGS, MODELS and METADATA.

NOTES MyClass.s is just a shortcut to a Tug. You can name it whatever. Although it could be generated it is more clear to set and name-it yourself. "s" is a good choice because plural subjects end with "s". But also you can use the tug directly if you want obtaining it from the TugFactory or a specific tug instance.

All the operations(including business) are started from a model. E.g.: model.save() but a tug is the one executing the operation. Tugs are data processing elements. One of the central tugs is the worflow tugs. Other tugs are simple like for network communication tug, SQL tug, NoSQL tug, etc. The framework provides a basic set of tugs but you can add your own very easy. The metadata is necessary for allowing a tug deliver the model at the destination. Also based on the metadata you can generate the code for the models(javassist and freemaker). JSON is used as default for metadata and serialization format but XML can used also by implementing a new IMapper(using JIBX for XML serialization). A Netty tug will be available for tugging models over the network.

Instead of doing MyControlService.save(myObj) you will do myObj.save(). The benefit is that it allows an abstraction of the operation and transport(e.g. the destination could be a local/remote service or a rest/non rest provider depending on the configured proxy). This is inspired by Martin Fowler's active record pattern and backbonejs.

Allow simple workflows (called tugs). A tug is made of tasks. This encourages decoupling each model/record action into basic units(tasks) of work, e.g.:

Tug configuration is done in **tugs.json** file. Each tug starts with a coordinator task. The coordinator is responsible for parsing the workflow configuration, executing the tug tasks, listening for events from the tasks that it runs, etc. Since service transactions are hard to achieve when having a tug made of external calls to services a compensation mechanism will be added. In case of an error all the registered compensation tasks will be executed in the reverse order. For example the compensation task of obj.create is obj.delete. The default tug coordinator task will also be able to interrupt the flow as a response to an INTERRUPT event that a task could fire.

We all know that at installation seeding scripts are run first. This has several disadvantages:

The solution is to add an install tug. Use JSON seeds as input to the install tug. Beside the elimination of SQL scripts this has the benefit that it also tests your tugs. Still SQL's will remain for database & tables creation and possibly for static data but all these should become a tug task. A JSON operation marking scheme is used here and could be similar to JSON-PATCH or JSON-API.

Would you tell us more about tugmodel/tugmodel-client?