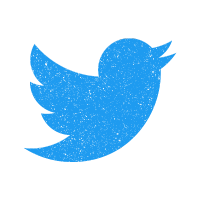 Furni for iOS is a furniture store demo app presented at the Twitter Flight conference on October 21st, 2015, showing the power of the Fabric platform.

Furni for iOS is a furniture store demo app designed by Romain Huet and written in Swift 2.

Furni was presented on stage by Bear Douglas and Romain Huet at the Twitter Flight conference in San Francisco on October 21st, 2015, to show off the power of the Fabric platform.

Furni is a canonical sample iOS app created with Fabric, the tools you need to build the best apps.

The goal of Furni is to demonstrate how to build great apps using the Fabric platform, not only with the Fabric Kits provided by Twitter, but also with the tremendously valuable mobile SDKs from our including Stripe, Optimizely and Amazon Cognito Sync.

To get started and run the app, you need to follow these simple steps:

This project is written in Swift 2.0 so Furni requires Xcode 7 to build and run.

Furni for iOS is compatible with iOS 9+.

The Furni icon and logotype were designed by Jeremy Reiss. Gareth Paul Jones came up with Furni brand name.

The few other icons used in the app are coming from the awesome icon pack Icons8.

The products displayed in Furni along with their details and images are coming from Dot & Bo. Huge thanks to their team for providing the content for this demo app.

The backend API for Furni was built by Luis Cipriani and Gareth Paul Jones.

Furni for iOS is a furniture store demo app presented at the Twitter Flight conference on October 21st, 2015, showing the power of the Fabric platform. ...

Would you tell us more about twitterdev/furni-ios?