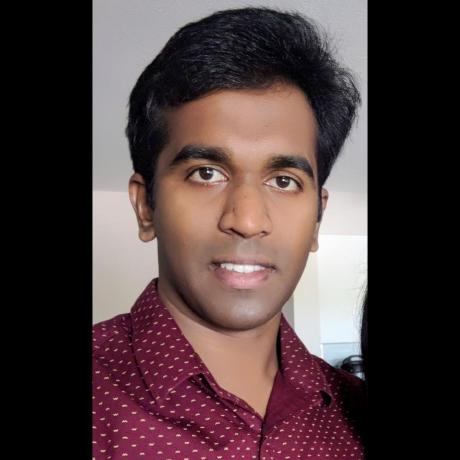 Slides from my Talk

Because functions are first-class objects, we can pass a function as an argument in another function and later execute that passed-in function or even return it to be executed later. This is the essence of using callback functions in JavaScript.

In asynchronous code execution, which is simply execution of code in any order, sometimes it is common to have numerous levels of callback functions to the extent that it is messy and hard to comprehend.

Here are two solutions to this problem: * Name your functions and declare them and pass just the name of the function as the callback, instead of defining an anonymous function in the parameter of the main function. It makes code easier to read and also helps to get better stack traces when exeptions happen. * Modularity: Separate your code into modules, so you can export a section of code that does a particular job. Then you can import that module into your larger application.

// A and // B happen now, under the direct control of the main JS program. But // C gets deferred to happen later, and under the control of another party – in this case, the ajax(..) function. In a basic sense, that sort of hand-off of control doesn’t regularly cause lots of problems for programs.

A real world example would be

But don’t be fooled by its infrequency that this control switch isn’t a big deal. In fact, it’s one of the worst (and yet most subtle) problems about callback-driven design. It revolves around the idea that sometimes ajax(..) (i.e., the “party” you hand your callback continuation to) is not a function that you wrote, or that you directly control. Many times it’s a utility provided by some third party. We call this “inversion of control,” when you take part of your program and give over control of its execution to another third party. There’s an unspoken “contract” that exists between your code and the third-party utility – a set of things you expect to be maintained. In the case of trackCheckoutAjax, the 3rd party trackCheckoutAjax could potentially call the passed callback multiple times – since we passed over the callback and really have no control over it being called.

Promises are usually vaguely defined as “a proxy for a value that will eventually become available”. They can be used for both synchronous and asynchronous code flows, although they make asynchronous flows easier to reason about.

Promises can be chained “arbitrarily”, that is to say - you can save a reference to any point in the promise chain and then tack more promises on top of it. This is one of the fundamental points to understanding promises.

Promises can be created from scratch by using new Promise(resolver). The resolver parameter is a method that will be used to resolve the promise. It takes two arguments, a resolve method and a reject method. These promises are fulfilled and rejected, respectively, on the next tick. Usually promises will resolve to some result, like the response from an AJAX call. Similarly, you’ll probably want to state the reason for your rejections – typically using an Error object.

Let’s look at the same trackCheckoutAjax example code and see how we can un-invert the control by using some sort of event listener.

In essense, promises are a more formalized way of doing the above - there uninverting the control.

Promises can exist in three states: pending, fulfilled, and rejected. Pending is the default state. From there, a promise can be “settled” into either fulfillment or rejection. Once a promise is settled, all reactions that are waiting on it are evaluated. Those on the correct branch – .then for fulfillment and .catch for rejections – are executed.

From this point on, the promise is settled. If at a later point in time another reaction is chained onto the settled promise, the appropriate branch for that reaction is executed in the next tick of the program. Interestingly, if a .catch branch goes smoothly without errors, then it will be fulfilled with the returned value.

Promises already make the “run this after this other thing in series” use case very easy, using .then as we saw in several examples earlier. For the “run these things concurrently” use case, we can use Promise.all()

Promise.race() is similar to Promise.all, except the first promise to settle will “win” the race, and its value will be passed along to branches of the race. Rejections will also finish the race, and the race promise will be rejected. This could be useful for scenarios where we want to time out a promise we otherwise have no control over.

Generators, a new feature of ES6, are functions that can be paused and resumed. This helps with many applications: iterators, asynchronous programming, etc.

There are four ways in which you can create generators: * Via a generator function declaration:

The fact that generators-as-observers pause while they wait for input makes them perfect for on-demand processing of data that is received asynchronously. The pattern for setting up a chain of generators for processing is as follows: * First chain member: A normal function that has a parameter target, which is the generator object of the next element in the chain of generators. The function makes an asynchronous request and pushes the results to the target via target.next(). * Intermediate chain members: Generators that have a parameter target. They receive data via yield and send data via target.next(). * Last chain member: A generator that has no parameter target and only receives data.

Here’s an example to explain the concepts via setTimeouts as a replacement for an async operation.

Async functions take the idea of using generators for asynchronous programming and give them their own simple and semantic syntax.

Here is an example of using async functions:

This has the same number of lines, but there is plenty of extra code due to then and the callback function passed to it. The other nuisance is the duplication of the return keyword, it makes it difficult to figure out exactly what is being returned from a function that uses promises. Also, Whenever you return a value from and async function, you are actually implicitly returning a promise that resolves to that value. If you don’t return anything at all, you are implicitly returning a promise that resolves to undefined.

One of the aspects of promises that hooks many people is the ability to chain multiple asynchronous operations without running into nested callbacks. This is one of the areas in which async functions excel even more than promises.

Using Async functions, we can just act like asynchronousOperation is synchronous.

You don’t even need the await keyword on that return statement because either way it will return a promise resolving to the final value.

###Parallel Operations One of the other great features of promises is the ability to run multiple asynchronous operations at once and continue on your way once all of them have completed. Promise.all is the way to do this according to the new ES6 spec.

This is also possible with async functions, though you may still need to use Promise directly:

Promises have the ability to be resolved or rejected. Rejected promises can be handled with the second function passed to then or with the catch method. Since we’re not using any Promise API methods, how would we handle a rejection? We do it with a try and catch. When using async functions, rejections are passed around as errors and this allows them to be handled with built-in JavaScript error handling code.

Here’s what it would look like with async functions.

If you don’t catch the error here, it’ll bubble up until it is caught in the caller functions, or it will just not be caught and you’ll kill execution with a run-time error.

Here are some examples of ways to reject ES6 promises:

Generally it is best to use the new Error whenever you can because it will contain additional information about the error, such as the line number where it was thrown, and a potentially useful stack trace.

With async functions promises are rejected by throwing errors. The scope issue doesn’t arise—you can throw an error anywhere within an async function and it will be caught by the promise.

Of course, we’ll never get to that second error or to the return inside the doAsyncOp function because the error will be thrown and will stop execution within that function.

The await on line 3 is invalid because it is used inside a normal function. Instead, the callback function must have the async keyword attached to it.

Cheatsheet for promises and async/await ...

⌛ Use async functions in your JavaScript today with speed and simplicity. ...

Would you tell us more about vasanthk/async-javascript?