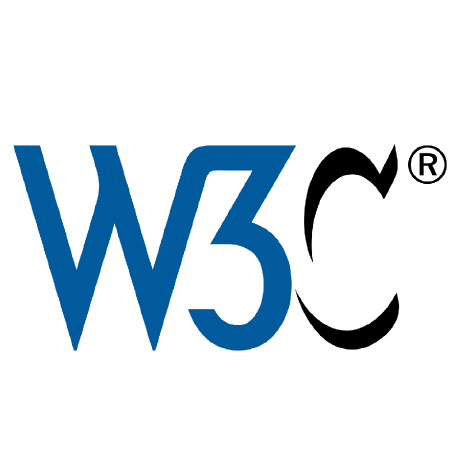 Test suites for Web-platform specs — including WHATWG, W3C, and others

The web-platform-tests Project is a W3C-coordinated attempt to build a cross-browser testsuite for the Web-platform stack. Writing tests in a way that allows them to be run in all browsers gives browser projects confidence that they are shipping software that is compatible with other implementations, and that later implementations will be compatible with their implementations. This in turn gives Web authors/developers confidence that they can actually rely on the Web platform to deliver on the promise of working across browsers and devices without needing extra layers of abstraction to paper over the gaps left by specification editors and implementors.

The tests are designed to be run from your local computer. The test environment requires Python 2.7+ (but not Python 3.x). You will also need a copy of OpenSSL.

On Windows, be sure to add the Python directory (c:\python2x, by default) to your %Path% Environment Variable, and read the Windows Notes section below.

To get the tests running, you need to set up the test domains in your hosts file. The following entries are required:

If you are behind a proxy, you also need to make sure the domains above are excluded from your proxy lookups.

The test environment can then be started using

This will start HTTP servers on two ports and a websockets server on one port. By default one web server starts on port 8000 and the other ports are randomly-chosen free ports. Tests must be loaded from the first HTTP server in the output. To change the ports, copy the config.default.json file to config.json and edit the new file, replacing the part that reads:

to some port of your choice e.g.

If you installed OpenSSL in such a way that running openssl at a command line doesn't work, you also need to adjust the path to the OpenSSL binary. This can be done by adding a section to config.json like:

Tests can be run automatically in a browser using the wptrun script in the root of the checkout. This requires the hosts file and OpenSSL setup documented above, but you must not have the test server already running when calling wptrun. The basic command line syntax is:

On Windows: for technical reasons the above will not work and you must instead run python tools/wptrun.py products [tests].

where product is currently firefox or chrome and [tests] is a list of paths to tests. This will attempt to automatically locate a browser instance and install required dependencies. The command is very configurable; for examaple to specify a particular binary use wptrun --binary=path product. The full range of options can be see with wptrun --help and wptrun --wptrunner-help.

Not all dependencies can be automatically installed; in particular the certutil tool required to run https tests with Firefox must be installed using a system package manager or similar.

On Debian/Ubuntu certutil may be installed using:

And on macOS with homebrew using:

Some optional components of web-platform-tests (test components from third party software and pieces of the CSS build system) are included as submodules. To obtain these components run the following in the root of your checkout:

Prior to commit 39d07eb01fab607ab1ffd092051cded1bdd64d78 submodules were requried for basic functionality. If you are working with an older checkout, the above command is required in all cases.

followed by a long list of files. To avoid this error remove the resources and tools directories before switching branches:

When moving in the opposite direction, i.e. to a commit that does have submodules, you will need to git submodule update, as above. If git throws an error like:

then remove the tools and resources directories, as above.

Run the installer for Win32_OpenSSL_v1.1.0b (30MB). During installation, change the default location for where to Copy OpenSSL Dlls from the System directory to the /bin directory.

After installation, ensure that the path to OpenSSL (typically, this will be C:\OpenSSL-Win32\bin) is in your %Path% Environment Variable. If you forget to do this part, you will most likely see a 'File Not Found' error when you start wptserve.

Finally, set the path value in the server configuration file to the default OpenSSL configuration file location. To do this, copy config.default.json in the web-platform-tests root to config.json. Then edit the JSON so that the key ssl/openssl/base_conf_path has a value that is the path to the OpenSSL config file (typically this will be C:\\OpenSSL-Win32\\bin\\openssl.cfg).

Alternatively, you may also use Bash on Ubuntu on Windows in the Windows 10 Anniversary Update build, then access your windows partition from there to launch wptserve.

The master branch is automatically synced to http://w3c-test.org/.

Pull requests are automatically mirrored except those that modify sensitive resources (such as .py). The latter require someone with merge access to comment with "LGTM" or "w3c-test:mirror" to indicate the pull request has been checked.

Each top-level directory matches the shortname used by a standard, with some exceptions. (Typically the shortname is from the standard's corresponding GitHub repository.)

For some of the specifications, the tree under the top-level directory represents the sections of the respective documents, using the section IDs for directory names, with a maximum of three levels deep.

So if you're looking for tests in HTML for "The History interface", they will be under html/browsers/history/the-history-interface/.

Various resources that tests depend on are in common, images, and fonts.

In the vast majority of cases the only upstream branch that you should need to care about is master. If you see other branches in the repository, you can generally safely ignore them.

Save the Web, Write Some Tests!

Absolutely everyone is welcome (and even encouraged) to contribute to test development, so long as you fulfill the contribution requirements detailed in the Contributing Guidelines. No test is too small or too simple, especially if it corresponds to something for which you've noted an interoperability bug in a browser.

The way to contribute is just as usual:

If you spot an issue with a test and are not comfortable providing a pull request per above to fix it, please file a new issue. Thank you!

We have a lint tool for catching common mistakes in test files. You can run it manually by starting the lint executable from the root of your local web-platform-tests working directory like this:

The lint tool is also run automatically for every submitted pull request, and reviewers will not merge branches with tests that have lint errors, so you must fix any errors the lint tool reports.

In the unusual case of error reports for things essential to a certain test or that for other exceptional reasons shouldn't prevent a merge of a test, update and commit the lint.whitelist file in the web-platform-tests root directory to suppress the error reports.

Sometimes you may want to add a script to the repository that's meant to be used from the command line, not from a browser (e.g., a script for generating test files). If you want to ensure (e.g., for security reasons) that such scripts won't be handled by the HTTP server, but will instead only be usable from the command line, then place them in either:

Any files in those tools directories won't be handled by the HTTP server; instead the server will return a 404 if a user navigates to the URL for a file within them.

We can sometimes take a little while to go through pull requests because we have to go through all the tests and ensure that they match the specification correctly. But we look at all of them, and take everything that we can.

OWNERS files are used only to indicate who should be notified of pull requests. If you are interested in receiving notifications of proposed changes to tests in a given directory, feel free to add yourself to the OWNERS file. Anyone with expertise in the specification under test can approve a pull request. In particular, if a test change has already been adequately reviewed "upstream" in another repository, it can be pushed here without any further review by supplying a link to the upstream review.

The original emulator of the Web Animations specification. Please use web-animat ...

Build apps for every native platform with React and React Native ...

A generator to create a new ReactJS web platform powered by Sails ...

Would you tell us more about w3c/web-platform-tests?