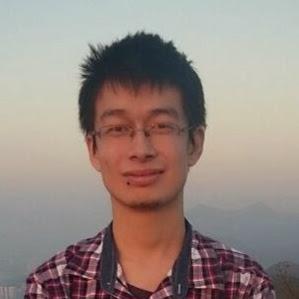 Bundler for non-Ruby dependencies from Homebrew

Homebrew or Linuxbrew are used for installing the dependencies. Linuxbrew is a fork of Homebrew for Linux, while Homebrew only works on macOS. This tool is primarily developed for use with Homebrew on macOS but should work with Linuxbrew on Linux, too.

Homebrew Cask is optional and used for installing Mac applications.

You can install as a Homebrew tap:

Create a Brewfile in the root of your project:

Then list your Homebrew based dependencies in your Brewfile:

You can then easily install all of the dependencies with the following command:

If a dependency is already installed and there is an update available it will be upgraded.

You can create a Brewfile from all the existing Homebrew packages you have installed with:

The --force option will allow an existing Brewfile to be overwritten as well.

You can also use Brewfile as a whitelist. It's useful for maintainers/testers who regularly install lots of formulae. To uninstall all Homebrew formulae not listed in Brewfile:

Unless the --force option is passed, formulae will be listed rather than actually uninstalled.

You can check there's anything to install/upgrade in the Brewfile by running:

This provides a successful exit code if everything is up-to-date so is useful for scripting.

This sanitized build environment ignores unrequested dependencies, which makes sure that things you didn't specify in your Brewfile won't get picked up by commands like bundle install, npm install, etc. It will also add compiler flags which will help find keg-only dependencies like openssl, icu4c, etc.

You can choose whether brew bundle restarts a service every time it's run, or only when the formula is installed or upgraded in your Brewfile:

Homebrew does not support installing specific versions of a library, only the most recent one, so there is no good mechanism for storing installed versions in a .lock file.

If your software needs specific versions then perhaps you'll want to look at using Vagrant to better match your development and production environments.

Tests can be run with bundle && bundle exec rake spec

A custom generator for your homebrew dotfiles ...

Would you tell us more about xu-cheng/homebrew-bundle?