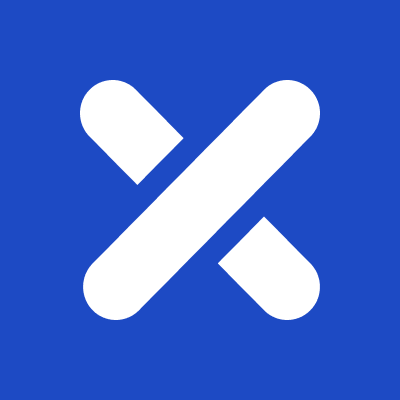 Common code used during development of WordPress plugins and themes

To install as Git submodule (recommended):

To update the library with the latest changes:

To install the pre-commit hook, symlink to pre-commit from your project’s .git/hooks/pre-commit, you can use the bundled script to do this:

Also symlink (or copy) the .jshintrc, .jshintignore, .jscsrc, phpcs.ruleset.xml, and phpunit-plugin.xml (note the PHPUnit config will need its paths modified if it is copied instead of symlinked):

For ESLint, you’ll also likely want to make eslint as a dev dependency for your NPM package:

See below for how to configure your .travis.yml.

Often installing as a submodule is not viable, for example when contributing to an existing project, such as WordPress Core itself. If you don’t want to install as a submodule you can instead just clone the repo somewhere on your system and then just add the pre-commit hook (see below) to symlink to this location, for example:

For the Travis CI checks, the .travis.yml copied and committed to the repo (see below) will clone the repo into the dev-lib directory if it doesn’t exist (or whatever your DEV_LIB_PATH environment variable is set to).

To install the .jshintrc, .jshintignore, .jscsrc, and (especially optionally) phpcs.ruleset.xml, copy the files into the repo root (as opposed to creating symlinks, as when installing via submodule).

To install dev-lib for all themes and plugins that don’t already have a pre-commit hook installed, and to upgrade the dev-lib for any submodule installations, you can run the bundled script install-upgrade-pre-commit-hook.sh which will look for any repos in the current directory tree and attempt to auto-install. For example:

Copy the .travis.yml file into the root of your repo:

Note that the bulk of the logic in this config file is located in travis.install.sh, travis.script.sh, and travis.after_script.sh, so there is minimal chance for the .travis.yml to diverge from upstream. Additionally, since each project likely may need to have unique environment targets (such as which PHP versions, whether multisite is relevant, etc), it makes sense that .travis.yml gets forked.

Important Note: The format of the .travis.yml changed in January 2016, so make sure that the file is updated to reflect the changes.

Having more variations here is good for open source plugins, which are free for Travis CI. However, if you are using Travis CI with a private repo you probably want to limit the jobs necessary to complete a build. So if your production environment is running PHP 5.5, is on the latest stable version of WordPress, and is not multisite, then your .travis.yml could just be:

This will greatly speed up the time build time, giving you quicker feedback on your pull request status, and prevent your Travis build queue from getting too backlogged.

A barrier of entry for adding automated code quality checks to an existing project is that there may be a lot of issues in your codebase that get reported initially. So to get passing builds you would then have a major effort to clean up your codebase to make it conforming to PHP_CodeSniffer, JSHint, and other tools. This is not ideal and can be problematic in projects with a lot of activity since these changes will add lots of conflicts with others’ pull requests.

To get around this issue, there is now an environment variable available for configuration: CHECK_SCOPE. By default its value is patches which means that when a pre-commit runs or Travis runs a build on a pull request or commit, the checks will be restricted in their scope to only report on issues occurring in the changed lines (patches). Checking patches is the most useful, but CHECK_SCOPE=changed-files can be added in the project config so that the checks will be limited to the entirety of any file that has been modified.

Also important to note that when the the pre-commit check runs, it will run the linters (PHPCS, JSHint, JSCS, etc) on the staged changes, not the files as they exist in the working tree. This means that you can use git add -p to interactively select changes to stage (which is a good general best practice in contrast to git commit -a), and any code excluded from being staged will be ignored by the linter. This is very helpful when you have some debug statements which you weren’t intending to commit anyway (e.g. print_r() or console.log()).

With CHECK_SCOPE=patches and CHECK_SCOPE=changed-files available, it is much easier to integrate automated checks on existing projects that may have a lot of nonconforming legacy code. You can fix up a codebase incrementally line-by-line or file-by-file in the normal course of fixing bugs and adding new features.

If you want to disable the scope-limiting behavior, you can define CHECK_SCOPE=all.

You may customize the behavior of the .travis.yml and pre-commit hook by specifying a .dev-lib (formerly .ci-env.sh) Bash script in the root of the repo, for example:

The PATH_INCLUDES is especially useful when the dev-lib is used in the context of an entire site, so you can target just the themes and plugins that you’re responsible for. For excludes, you can specify a PHPCS_IGNORE var and override the .jshintignore (it would be better to have a PATH_EXCLUDES as well).

As noted above in Limiting Scope of Checks, the default behavior for the linters is to only report errors on lines that lie within actual staged changes being committed. So remember to selectively stage the files (via git add ...) or better the patches (via git add -p ...).

If you do need to disable the pre-commit hook for an extenuating circumstance (e.g. to commit a work in progress to share), you can use the --no-verify argument:

Alternatively, you can also selectively disable certain aspects of the pre-commit hook from being run via the DEV_LIB_SKIP environment variable. For example, when there is a change to a PHP file and there are PHPUnit tests included in a repo, but you’ve just changed a PHP comment or something that certainly won’t cause tests to fail, you can make a commit and run all checks except for PHPUnit via:

You can string along multiple checks to skip via commas:

Naturally you’d want to create a Git alias for whatever you use most often, for example:

Which would allow you to then do the following (with Bash tab completion even):

Aside, you can skip Travis CI builds by including [ci skip] in the commit message.

If you would like to run a specific check and ignore all other checks, then you can use DEV_LIB_ONLY environment variable. For example, you may want to only run PHPUnit before a commit:

Sometimes you may want to run the pre-commit checks manually to compare changes (patches) between branches much in the same way that Travis CI runs its checks. To compare the current staged changes against master, do:

To compare the committed changes between master and the current branch:

The plugin-tailored phpunit.xml has a filter in place to restrict PHPUnit’s code coverage reporting to only look at the plugin’s own PHP code, omitting the PHP from WordPress Core and other places that shouldn’t be included. The filter greatly speeds up PHPUnit’s execution. To get the code coverage report written out to a code-coverage-report directory:

Then you can open up the index.html in that directory to learn about your plugin’s code coverage.

Then update Acceptance tests configuration to reflect your own environment settings:

You can generate your first test, saved to tests/acceptance/WelcomeCept.php by:

Create an empty .gitter file in the root of your repo and a Gitter chat badge will be added to your project’s README.

The library includes a WordPress README parser and converter to Markdown, so you don’t have to manually keep your readme.txt on WordPress.org in sync with the readme.md you have on GitHub. The converter will also automatically recognize the presence of projects with Travis CI and include the status image in the markdown. Screenshots and banner images for WordPress.org are also automatically incorporated into the readme.md.

What is also included in this repo is an svn-push to push commits from a GitHub repo to the WordPress.org SVN repo for the plugin. The /assets/ directory in the root of the project will get automatically moved one directory above in the SVN repo (alongside trunk, branches, and tags). To use, include an svn-url file in the root of your repo and let this file contains he full root URL to the WordPress.org repo for plugin (don’t include trunk).

The utilities in this project were first developed to facilitate development of XWP’s plugins.

Common code used during development of WordPress plugins and themes ...

Common code used during development of WordPress plugins and themes ...

Common tools to facilitate the development and testing of Primer child themes. ...

Would you tell us more about xwp/wp-dev-lib?