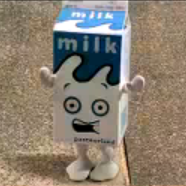 Franzy is a suite of Clojure libraries for Apache Kafka. It includes libraries for Kafka consumers, producers, partitioners, callbacks, serializers, and deserializers. Additionally, there are libraries for administration, testing, mocking, running embedded Kafka brokers and zookeeper clusters, and more.

The main goal of Franzy is to make life easier for working with Kafka from Clojure. Franzy provides a foundation for building higher-level abstractions for whatever your needs might be.

In addition to raw features, some reasons you may want to use Franzy:

Requirements may vary slightly depending on your intended usage.

These libraries have had a few weeks of peer review and no issues thus far. I will be releasing some new versions shortly as I have time in the coming weeks. Thus far, there are no breaking API changes but I am open to any suggested changes or submissions. Please let me know and be ready for an upgrade soon. Thanks for your support.

The best way to learn is Franzy Examples and viewing the API docs, source, etc.

Below are a few naive examples to get you started.

You'll need to pick a format in/out of Kafka.

I recommend you use Franzy-Nippy, but think carefully about your use-case. If you're just getting started, the built-in EDN Serializer is a good choice to keep things simple. Of course, all the built-in serializers in Kafka are accessible as well.

For the built-in serializers/deserializers, simply do something like this:

For the add-ons you'll have to reference them as separate dependencies obviously. They follow a pattern like this, replacing nippy with the serializer/deserializer name:

See Serializers for a discussion.

For some general information about producers, check the source for many comments, read the browsable api, and skim this short, but growing producer guide.

There are many ways to use and create producers. Below are a few naive examples of creating producers.

In order to consume data from Kafka, you must have one or more valid partitions per topic assigned. There are 2-ways to get a partition assignment from Kafka - manually and automatically.

The manual-assignment case is well suited to users who are tracking offsets manually or want to override and commit offset positions. Automatic assignment is performed via subscription and best used when storing offsets in Kafka itself.

The process to consume data from Kafka follows a pattern something like this:

It is vitally important that you understand the implications of threading, polling, partition assignments, and offsets. This is documented in the official Kafka docs, go read it, now, and the consumer Java API docs too.

This is perhaps an over-simplification as there are a few other nuances.

For the impatient among you, the major differences between the "manual" consumer and "subscription" or "automatic" consumer are generally offset management and partition assignment.

You will find most of what works for the manual and subscription consumers is the same. The details are mainly in which protocols you use. If you want to force one paradigm over another, simply don't call or require the protocols of the other.

It is extremely important to note that consuming via subscriptions and using manual assignments are mutually exclusive. If you attempt to do so at the same time, your code will fail. Although Kafka itself will protect you from any adverse effects of this behavior by throwing an exception, it is not guaranteed that this behavior will remain in future versions as the Kafka API changes.

The examples given here do not create threads for the sake of simplicity. I leave this as an exercise to you as your use-cases will determine your threading model. My colleagues and I prefer to use core.async which makes it simple to transduce results directly on to a channel, manage thread lifecycles, etc. We've also used core.async with Manifold to great success. Understand that when you poll, work with offsets, etc., many of these are blocking operations.

You may have noticed in earlier examples we were binding the result set and then doing operations like take, into, etc. on it. That's because Kafka returns richer results than just a map, though you can simply skip the binding and use a map if you like.

Consumers get results by polling Kafka until a timeout, then repeating over-and-over. The consumer will get what it asks for based on the position of the consumer and other consumers influencing this within its consumer group. A poll will return "consumer records" which is an object containing 0 or more instances of "consumer record" objects. Franzy uses records to represent these for speed, memory footprint, and ease of use.

If you don't understand how consumers with Kafka work, you must read more in the official Kafka documentation. This is crucial for any Kafka client library to be useful and not seem "broken" to you.

A common problem that new Kafka users have is that they do not understand the consumption model. Many new users assume the server or the client library must be broken when no results are returned. Take a moment, ensure you understand, read through franzy-examples, and try some examples interactively with your cluster.

The following capabilities are available to you when working with consumer records:

Franzy supports both automatically committing offsets to Kafka and manually managing offsets yourself.

Callbacks for offset commits, consumer rebalance events, and more are provided to help you with this process depending on your needs. If you are managing your own offsets, please use a highly available datastore that is reasonably fast. You may trade reliability for speed if you don't care about losing data.

The following code demonstrates some offset management operations and gotchas with Kafkas that newcomers often struggle with:

Producing and consuming from Kafka is not an exact science. Fortunately, Kafka provides a metrics API that you can use in addition to any self-collected metrics to help determine when to use back-pressure, spawn threads, kill threads, fire up new machines, etc.

The code for a producer and consumer uses the same protocol. The consumer case is demonstrated below.

The default partioners are provided if you want to pass them around in Clojure or for consumer configuration:

If you want to control how your partition assignments are laid-out and assigned to consumers, you can implement your own partitioner. A protocol is also available FranzPartitionAssignor that will allow you to write your partition assignor with a protocol, for example via defrecord or deftype. You can then call make-partition-assignor and it will turn your protocol into a valid interface implementation. You should prefer to simply implement the PartitionAssignor interface directly for better performance as the protocol is only meant as a crude-shim for existing code.

Various concrete type implementations are scattered throughout Franzy and add-ons. Using these will in some cases give you a performance boost and/or reduced memory consumption, and avoid reflection in other cases. This is particularly relevant and beneficial if you find yourself allocating large batches of maps for production, consumption, admin bulk operations, offset management, etc.

Most records are stored in types.clj files across many namespaces. These correspond directly to the context they are used, i.e. common, consumer, producer, admin, etc.

For example, you can use the ProducerRecord Clojure record like-so:

More importantly, these can easily be validated since each type has a corresponding schema, usually in a schema.clj file.

Franzy provides validation for all map structures and data types used. You may use this functionality even if you are not interested in the rest of Franzy.

Schemas for validation are created and validation using the excellent Schema library.

Schemas are constantly being tweaked and exist for the following so far:

Most of the above will help you validate just about any map that comes in/out of Kafka should you choose. Validation can be toggled on/off thanks to schema and by your implementation.

If you need to discover one or more available brokers, there are a few ways to do this:

coming soon - helper functions for tranducing the results of the above into useful forms for use cases such as bootstrap.servers

You can run an embedded cluster of Zookeeper and/or Kafka using the following together or in conjunction with other libraries that provide similar functionality:

Both libraries above provide concrete types for auditing, avoiding reflection, ease-of-use as well as protocols and versions using component. Both also have full Clojure APIs.

Another option is to use docker containers. I have successfully tested both of the above options mixed with docker without issue. In general, be sure all servers can see each other on the network to avoid problems.

Here's at least one Docker image that uses Docker compose and includes Zookeeper and Kafka.

This library is still very young and is surely filled with bugs. Pull requests are welcome.

The following items are planned or have received partial development, I make no guarantees on timelines but plan to release some of these items in conjunction with getting other real-world work done using them:

Please contact me if any of these are high-demand for you so I can guage the urgency better.

Please be aware many problems/issues may be due to Kafka itself or the Java API. As such, before submitting issues, please check the Kafka official issue trackers first. If there is a reasonable workaround or solution, please leave a note and link to the underlying issues.

Distributed under the Eclipse Public License either version 1.0 or (at your option) any later version.

Use at your own risk, I am not responsible or liable. Please give credit if you use pieces of this library or otherwise, it is much appreciated.

Thanks to the following people for advice, support, code, and/or inspiration:

Examples and more for Franzy, a suite of Kafka libraries including producers, co ...

Would you tell us more about ymilky/franzy?