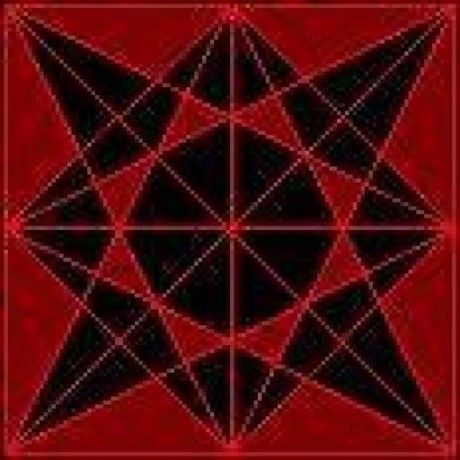 Not all settings belong in settings.py, as it has some particular limitations:

Many applications find need to overcome these limitations, and dbsettings provides a convenient way to do so.

The main goal in using this application is to define a set of placeholders that will be used to represent the settings that are stored in the database. Then, the settings may be edited at run-time using the provided editor, and all Python code in your application that uses the setting will receive the updated value.

* Possibly version below 1.2 will work too, but not tested.

To install the dbsettings package, simply place it anywhere on your PYTHONPATH.

In order to setup database storage, and to let Django know about your use of dbsettings, simply add it to your INSTALLED_APPS setting, like so::

If your Django project utilizes sites framework, all setting would be related to some site. If sites are not present, settings won't be connected to any site (and sites framework is no longer required since 0.8.1).

You can force to do (not) use sites via DBSETTINGS_USE_SITES = True / False configuration variable (put it in project's settings.py).

By default, values stored in database are limited to 255 characters per setting. You can change this limit with DBSETTINGS_VALUE_LENGTH configuration variable. If you change this value after migrations were run, you need to manually alter the dbsettings_setting table schema.

In order to edit your settings at run-time, you'll need to configure a URL to access the provided editors. You'll just need to add a single line, defining the base URL for the editors, as dbsettings has its own URLconf to handle the rest. You may choose any location you like::

A note about caching

This framework utilizes Django's built-in cache framework_, which is used to minimize how often the database needs to be accessed. During development, Django's built-in server runs in a single process, so all cache backends will work just fine.

Most productions environments, including mod_python, FastCGI or WSGI, run multiple processes, which some backends don't fully support. When using the simple or locmem backends, updates to your settings won't be reflected immediately in all workers, causing your application to ignore the new changes.

No other backends exhibit this behavior, but since simple is the default, make sure to specify a proper backend when moving to a production environment.

Alternatively you can disable caching of settings by setting DBSETTINGS_USE_CACHE = False in settings.py. Beware though: every access of any setting will result in database hit.

These database-backed settings can be applied to any model in any app, or even in the app itself. All the tools necessary to do so are available within the dbsettings module. A single import provides everything you'll need::

Defining a group of settings

Settings are be defined in groups that allow them to be referenced together under a single attribute. Defining a group uses a declarative syntax similar to that of models, by declaring a new subclass of the Group class and populating it with values.

You may name your groups anything you like, and they may be defined in any module. This allows them to be imported from common applications if applicable.

Within your groups, you may define any number of individual settings by simply assigning the value types to appropriate names. The names you assign them to will be the attribute names you'll use to reference the setting later, so be sure to choose names accordingly.

For the editor, the default description of each setting will be retrieved from the attribute name, similar to how the verbose_name of model fields is retrieved. Also like model fields, however, an optional argument may be provided to define a more fitting description. It's recommended to leave the first letter lower-case, as it will be capitalized as necessary, automatically.

For more descriptive explanation, the help_text argument can be used. It will be shown in the editor.

The default argument is very useful - it specify an initial value of the setting.

The widget used for a value can be overriden using the widget keyword. For example:

A full list of value types is available later in this document, but the process and arguments are the same for each.

Once your settings are defined and grouped properly, they must be assigned to a location where they will be referenced later. This is as simple as instantiating the settings group in the appropriate location. This may be at the module level or within any standard Django model.

Group instance may receive one optional argument: verbose name of the group. This name will be displayed in the editor.

Multiple groups may be assigned to the same module or model, and they can even be combined into a single group by using standard addition syntax::

To separate and tag settings nicely in the editor, use verbose names::

A single model is provided for database storage, and this model must be installed in your database before you can use the included editors or the permissions that will be automatically created. This is a simple matter of running manage.py syncdb or manage.py migrate now that your settings are configured.

This step need only be repeate when settings are added to a new application, as it will create the appropriate permissions. Once those are in place, new settings may be added to existing applications with no impact on the database.

Once the above steps are completed, you're ready to make use of database-backed settings.

When first defined, your settings will default to None (or False in the case of BooleanValue), so their values must be set using one of the supplied editors before they can be considered useful (however, if the setting had the default argument passed in the constructor, its value is already useful - equal to the defined default).

The editor will be available at the URL configured earlier. For example, if you used the prefix of 'settings/', the URL /settings/ will provide an editor of all available settings, while /settings/myapp/ would contain a list of just the settings for myapp.

The editors are restricted to staff members, and the particular settings that will be available to users is based on permissions that are set for them. This means that superusers will automatically be able to edit all settings, while other staff members will need to have permissions set explicitly.

Once settings have been assigned to an appropriate location, they may be referenced as standard Python attributes. The group becomes an attribute of the location where it was assigned, and the individual values are attributes of the group.

If any settings are referenced without being set to a particular value, they will default to None (or False in the case of BooleanValue, or whatever was passed as default). In the following example, assume that EmailOptions were just added to the project and the ImageLimits were added earlier and already set via editor.

These settings are accessible from any Python code, making them especially useful in model methods and views. Each time the attribute is accessed, it will retrieve the current value, so your code doesn't need to worry about what happens behind the scenes.

As mentioned, views can make use of these settings as well.

Settings can be not only read, but also written. The admin editor is more user-friendly, but in case code need to change something::

Every write is immediately commited to the database and proper cache key is deleted.

A note about model instances

Since settings aren't related to individual model instances, any settings that are set on models may only be accessed by the model class itself. Attempting to access settings on an instance will raise an AttributeError.

There are several various value types available for database-backed settings. Select the one most appropriate for each individual setting, but all types use the same set of arguments.

Presents a checkbox in the editor, and returns True or False in Python.

Presents a set of inputs suitable for specifying a length of time. This is represented in Python as a |timedelta|_ object.

Presents a standard input field, which becomes a float in Python.

Presents a standard input field, which becomes an int in Python.

Similar to IntegerValue, but with a limit requiring that the value be between 0 and 100. In addition, when accessed in Python, the value will be divided by 100, so that it is immediately suitable for calculations.

For instance, if a myapp.taxes.sales_tax was set to 5 in the editor, the following calculation would be valid::

Similar to IntegerValue, but limited to positive values and 0.

Presents a standard input, accepting any text string up to 255 (or DBSETTINGS_VALUE_LENGTH) characters. In Python, the value is accessed as a standard string.

Presents a standard input field, which becomes a datetime in Python.

User input will be parsed according to DATETIME_INPUT_FORMATS setting.

In code, one can assign to field string or datetime object::

Presents a standard input field, which becomes a date in Python.

User input will be parsed according to DATE_INPUT_FORMATS setting.

See DateTimeValue for the remark about assigning.

Presents a standard input field, which becomes a time in Python.

User input will be parsed according to TIME_INPUT_FORMATS setting.

See DateTimeValue for the remark about assigning.

Allows to upload image and view its preview.

ImageValue has optional upload_to keyword, which specify path (relative to MEDIA_ROOT), where uploaded images will be stored. If keyword is not present, files will be saved directly under MEDIA_ROOT.

Setting defaults for a distributed application

Distributed applications often have need for certain default settings that are useful for the common case, but which may be changed to suit individual installations. For such cases, a utility is provided to enable applications to set any applicable defaults.

Living at dbsettings.utils.set_defaults, this utility is designed to be used within the app's management.py. This way, when the application is installed using syncdb/migrate, the default settings will also be installed to the database.

The function requires a single positional argument, which is the models module for the application. Any additional arguments must represent the actual settings that will be installed. Each argument is a 3-tuple, of the following format: (class_name, setting_name, value).

If the value is intended for a module-level setting, simply set class_name to an empty string. The value for setting_name should be the name given to the setting itself, while the name assigned to the group isn't supplied, as it isn't used for storing the value.

For example, the following code in management.py would set defaults for some of the settings provided earlier in this document::

django powered webshop or online "catalog" - i, however, recommend django-shop ( ...

Project to provide a django based UI for etherpad lite ...

Would you tell us more about zlorf/django-dbsettings?